Sharing the burden of healthcare: providing care to our sickest patients 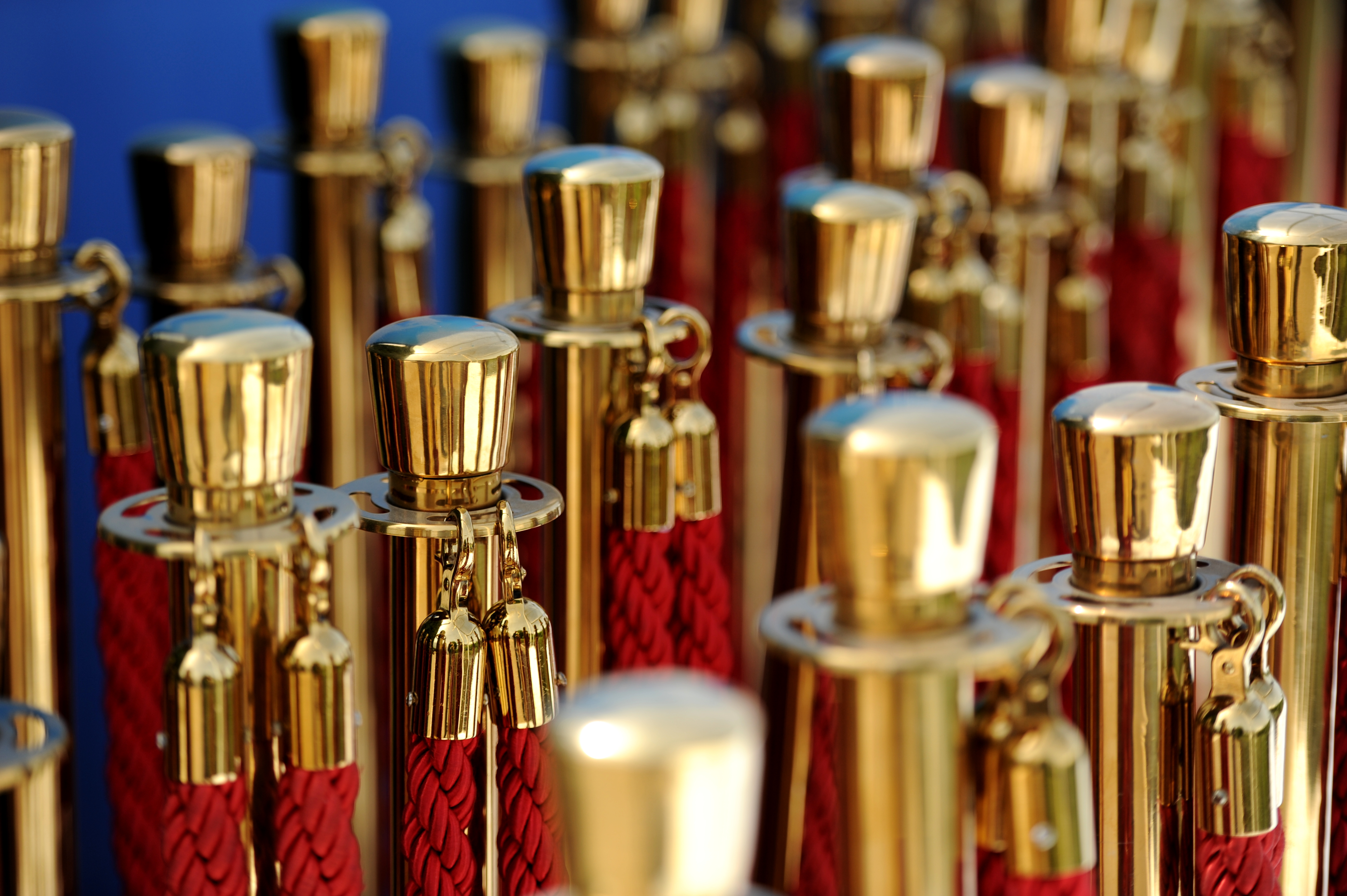 One of the major challenges to affordable, universal health insurance is the high cost of providing care to the sickest patients. According to Roy Vaughn, senior vice president at BlueCross BlueShield of Tennessee, “just 5 percent of the company’s marketplace customers had accounted for nearly 75 percent of its claims costs.” What is the cost of healthcare for the typical person in the United States? 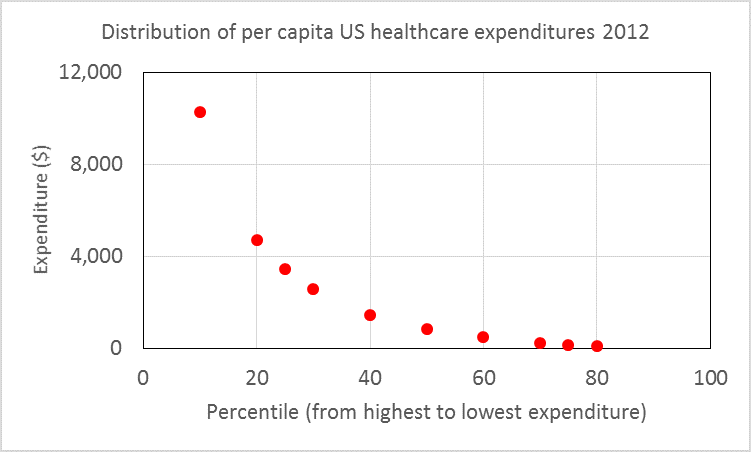 This extreme distribution of healthcare costs (approximately an “80/20”, Pareto/ power law distribution) poses a major challenge to providing universal healthcare through traditional insurance models based upon risk pooling. Prior to the Affordable Care Act (ACA), the US health insurance industry addressed these challenges with risk selection – adjusting premiums or denying insurance to patients with high predicted risks, such as those with pre-existing conditions, and imposing caps on annual and/or lifetime benefits, much like the way the auto insurance industry sets premiums and limits benefits to address extreme differences in projected driver risks. Come back tomorrow for another blog post with more technical details about the Pareto distribution and healthcare costs.

Risk selection is illegal but prevalent

However, the extreme distribution of healthcare costs means that “Targeting the highest spenders represents the greatest opportunity to have a significant impact on overall spending”; an opportunity for insurance carriers as well as for public policy. Moreover, there are good predictors for high spending: age and end of life, chronic conditions, and high spending in a previous year. For example 44.8% of the top decile in 2008 healthcare expenditures “retained this top decile ranking with respect to their 2009 healthcare expenditures”; a fact cited in an extensive Forbes report. Swiss and Dutch experience found risk selection prevalent and persistent. However, with every adult paying the same premium – within a given fund for the same type of contract – but expected healthcare expenditure (HCE) varying widely, strong incentives for risk selection are created in the absence of an adequate risk adjustment scheme. Although risk selection is illegal, it is prevalent. Swiss conglomerates of insurance carriers have been reported to achieve risk selection by assigning applicants to “specific carriers based on their risk profiles.”

There is one clear way to avoid built-in economic incentives for risk selection (incentives which seem to drive insurance company behavior); that is, a single payer system, universally or as excess coverage for significant, predictable expenses. The United States now has several parallel single payer systems, namely Medicare for the elderly, Medicaid for the very poor and CHIP for children; thus, in effect, a public/private partnership in healthcare. These pre-existing single-payer systems might serve as models for a more inclusive US single payer system. Alternatively, the United States might act as an insurer of last resort, providing umbrella insurance covering individual expenses above some relatively high limit, or for costly but treatable conditions using the End Stage Renal Disease (ESRD) Program, passed in 1972 as a model. This approach would also remove extreme costs from the health insurance risk pool, as both Medicare and the ESRD Program do now, by providing near-universal coverage for our sickest patients outside the private insurance system (elderly US citizens and those with severe chronic kidney disease, respectively).

Tomorrow I will return to the Pareto-like distribution of healthcare expenditures and its consequences for any competitive insurance program. But for now, a few conclusions. Medicare and the ESRD program provide models for a smooth transition from health insurance pre-ACA with its caps and limitations to a more universal system. Medicare can be expanded to a broader public alternative. Universal coverage for additional treatable but high-risk conditions can be modeled on the ESRD program. These steps should provide the basis for further evolution of the present public/private partnership into a more universal, more cost-effective system.

In my opinion, the extreme distribution of healthcare expenditures and the ability to perform risk selection, even though illegal, present a strong, essentially irrefutable argument for a single payer system; either overall, or for chronic conditions and expenditures predictable through risk selection. In the US, Medicare and the ESRD program provide illustrative, successful and useful models.

[…] as medical care advances, we increasingly see medical care as a human right and in many cases, a societal obligation. We have come to expect treatment dictated by objective needs and not limited by financial […]

“Doing the math” on the distribution of healthcare expenditures: a Pareto-like distribution is inevitable | The Academic Health Economists' Blog

[…] I explored one of the major challenges to affordable, universal health insurance, namely the high cost of […]