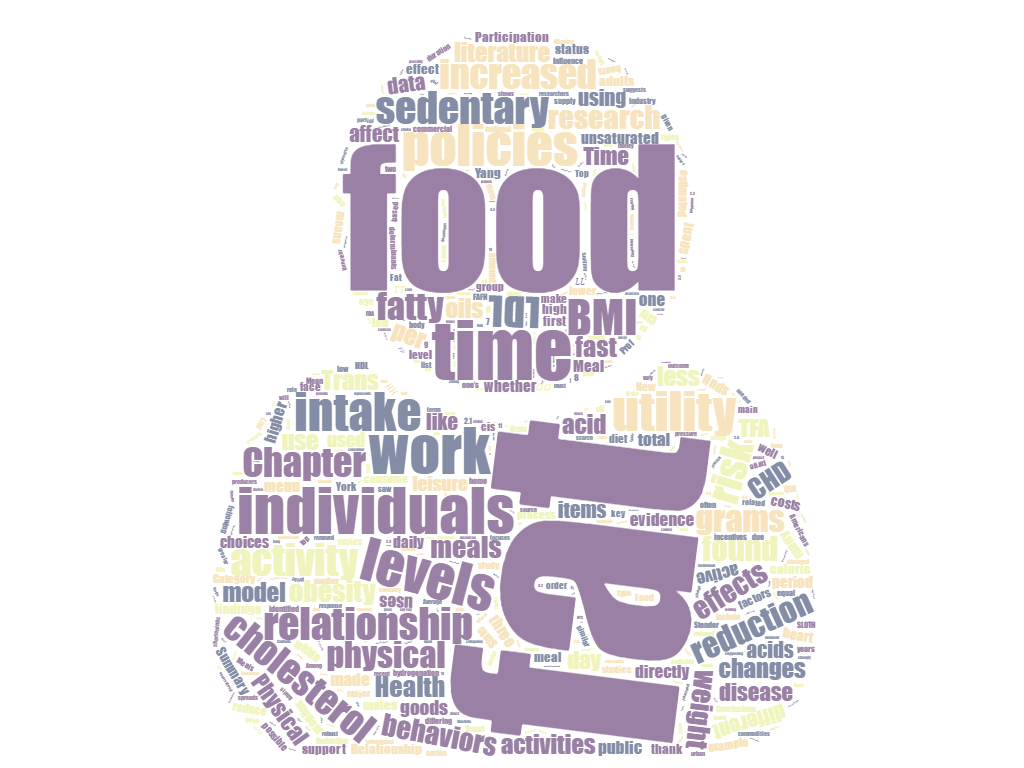 On the third Thursday of every month, we speak to a recent graduate about their thesis and their studies. This month’s guest is Dr Ayesha Ali who graduated with a PhD from Lancaster University. If you would like to suggest a candidate for an upcoming Thesis Thursday, get in touch.

What drew you to this particular topic and made you want to dedicate your PhD to it?

I’ve always been very fascinated about how people make decisions when it comes to health-related behaviors. My Mom was a doctor, so health has always been a main driver in what our family ate and what sort of values my parents emphasized. Growing up, I think we were always kind of “the weird family” in the neighborhood and in our extended family, because we often put health before cultural norms (i.e. changing traditional recipes to be healthier, avoiding all of those colorful and fun children’s cereals and candies, etc.), so I’ve been very aware and very curious about what drives health-related choices for different people. I’ve also lived in a number of very different communities, where norms about behaviors related to health varied significantly from place to place, and that variation has always been something that I’ve sort of observed and wondered about as well. So, I think these observations are what drew me to economics, as a way of understanding choices. My thesis work was somewhat of an attempt to crack the surface.

I don’t think I got the chance in my thesis to dig as deeply into the issue where health behaviors and culture meet as I had wanted, but I was lucky to get to use some of the types of data and some of the econometric tools that will come in handy as I continue to explore this area.

Your study focussed on US data, but you studied at a UK university. Was this a help or a hindrance?

I think it was definitely a challenge to work with non-UK data while studying at a UK University; for example, I didn’t find certain types of support (in terms of local workshops or having other colleagues using the same data) or familiarity that was often easily available to someone using UK data. However, my supervisors were very supportive of me and there were students in my cohort using other non-UK data so I was not alone in that regard.

One challenge that I had was that I couldn’t just ask someone who uses the data, but instead had to spend a bit of time trying to understand how other researchers in the literature used the data and then try to figure out whether or not their assumptions and ways of using the data were applicable to my work. I spent a lot of time reading data documentation files — both of my datasets (NHANES and ATUS) have really good online resources that I’m now very familiar with! I think that a lot of this being “on my own” with the data helped me to develop a feeling of confidence that I may not have had otherwise. I’m somewhat prone to second-guessing myself, so being able to learn to have confidence in my work was really valuable.

So, although challenging, overall I would say it was definitely more of a help than a hindrance.

Methodologically, what was the most challenging aspect of the research?

In my third chapter I use time use data, a two-part model, and a recursive bivariate probit model to estimate physical activity participation and duration decisions given an individual’s commuting time, with an instrument for commuting. There are some conflicting ideas on how best to use time-use data in the literature (see: Franzis and Stewart, 2010; Gershuny, 2012; Stewart, 2013) and few examples of instruments for commuting (see: Baum-Snow, 2007; Gimenez-Nadal and Molina, 2011).

I received a lot of different feedback on the best estimation approach to use. I wanted to estimate participation and intensity elasticities for individuals who do physical activity on a given day. There are a number of ways to deal with these two questions separately or simultaneously and also to deal with the large number of zeros in the data (i.e. individuals who did not participate in physical activity). At one point, I remember that I thought I had everything figured out with this chapter; and then following a conference presentation of this work, one commenter was dead set that I should be using a switching model. I hadn’t considered that approach and wasn’t familiar with it at all, so I had to go look it up, figure out what it was and whether or not it worked with what I was doing. So, just figuring out the best way to deal with my data and with the questions I was asking in this third chapter were probably the most challenging part of the thesis for me.

If you could have a decision maker implement one policy change supported by your work, what would it be?

If I could ideally have policy makers do one thing that is supported by my work, I think it would actually be a rather general thing, not related to one specific policy, but sort of related to the entire approach of policy-making. I would want policy makers to consider the groups they are targeting with more care. For example, my third chapter looks at time use among obese individuals and healthier-weight individuals and finds that many decisions, such as the decision of where to live and work, are often driven by different factors in these different groups. In general, my work suggests that different groups may be driven by different motivating factors and if we don’t understand what these are, policies might not successfully reach those who could most benefit. That being said, this probably isn’t as easy as it sounds, as there are a lot of political influences on how policy decisions are made.

If you had to do it all again (perish the thought), is there anything you would have done differently?

I think overall, I’m really happy with my experience; I had some good resources and Lancaster was a great environment for me. My PhD cohort was close-knit and faculty in my department were very approachable and supportive. If anyone is interested, I also found McCloskey’s Economical Writing and Thomson’s Guide for the Young Economist to be really helpful at various stages of the PhD.

If I could have changed one thing though, it was how I dealt with insecurity. Even in such a supportive environment, the competitive nature of academia can contribute to feelings of insecurity; I worked hard to recognize my own insecurities and fight through them, but I didn’t always succeed. So, if I could do something differently, I would like to have been less afraid to own up to not knowing something and to just keep asking questions until I understood.

I really enjoyed having the chance to talk with you about my experiences and motivation. And I hope that if anyone can find my experiences useful to them at their stage of the process, they do. Thanks again for inviting me.