Are we estimating the effects of health care expenditure correctly? 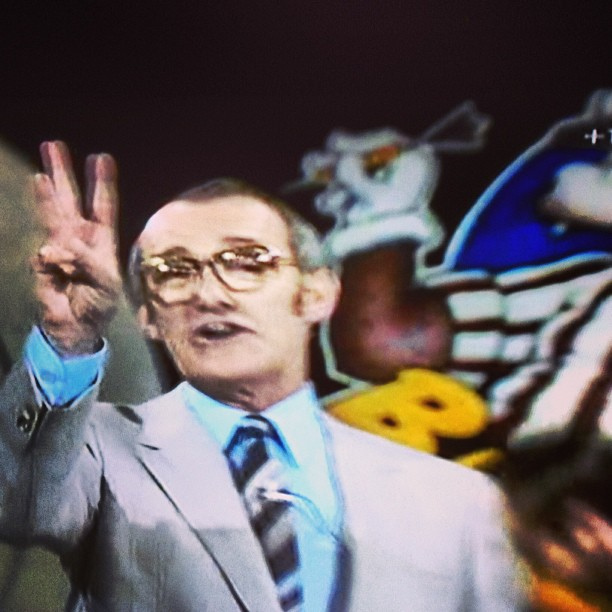 It is a contentious issue in philosophy whether an omission can be the cause of an event. At the very least it seems we should consider causation by omission differently from ‘ordinary’ causation. Consider Sarah McGrath’s example. Billy promised Alice to water the plant while she was away, but he did not water it. Billy not watering the plant caused its death. But there are good reasons to suppose that Billy did not cause its death. If Billy’s lack of watering caused the death of the plant, it may well be reasonable to assume that Vladimir Putin and indeed anyone else who did not water the plant were also a cause. McGrath argues that there is a normative consideration here: Billy ought to have watered the plant and that’s why we judge his omission as a cause and not anyone else’s. Similarly, the example from L.A. Paul and Ned Hall’s excellent book Causation: A User’s Guide: Billy and Suzy are playing soccer on rival teams. One of Suzy’s teammates scores a goal. Both Billy and Suzy were nearby and could have easily prevented the goal. But our judgement is that the goal should only be credited to Billy’s failure to block the goal as Suzy had no responsibility to.

These arguments may appear far removed from the world of health economics. But, they have practical implications. Consider the estimation of the effect that increasing health care expenditure has on public health outcomes. The government, or relevant health authority, makes a decision about how the budget is allocated. It is often the case that there are allocative inefficiencies: greater gains could be had by reallocating the budget to more effective programs of care. In this case there would seem to be a relevant omission; the budget has not been spent where it could have provided benefits. These omissions are often seen as causes of a loss of health. Karl Claxton wrote of the Cancer Drugs Fund, a pool of money diverted from the National Health Service to provide cancer drugs otherwise considered cost-ineffective, that it was associated with

Similarly, an analysis of the lack of spending on effective HIV treatment and prevention by the Mbeki administration in South Africa wrote that

More than 330,000 lives or approximately 2.2 million person-years were lost because a feasible and timely ARV treatment program was not implemented in South Africa.

But our analyses of the effects of health care expenditure typically do not take these omissions into account.

Causal inference methods are founded on a counterfactual theory of causation. The aim of a causal inference method is to estimate the potential outcomes that would have been observed under different treatment regimes. In our case this would be what would have happened under different levels of expenditure. This is typically estimated by examining the relationship between population health and levels of expenditure, perhaps using some exogenous determinant of expenditure to identify the causal effects of interest. But this only identifies those changes caused by expenditure and not those changes caused by not spending.

Consider the following toy example. There are two causes of death in the population

with associated programs of care and prevention

. The total health care expenditure is

of which a proportion

. The deaths due to each cause are

and so the total deaths are

. Finally, the effect of a unit increase in expenditure in each program are

. The question is to determine what the causal effect of expenditure is. If

is the potential outcome for level of expenditure

then the average treatment effect is given by

. If causation by omission is not a concern then, given linear, additive models (and that all the model assumptions are met),

, the causal effect is

. But if causation by omission is relevant, then the net effect of expenditure is the lives gained

less the lives lost. The lives lost are those under all possible things we did not do, so the estimator of the causal effect is

is the empty set, i.e. there was no other option. Indeed, the choice of possible alternatives involves a normative judgement as we’ve suggested. For an omission to count as a cause, there needs to be a judgement about what ought to have been done. For health care expenditure this may mean that the only viable alternative is the allocatively efficient distribution, in which case all allocations will result in a net loss of life unless they are allocatively efficient, which some may argue is reasonable. An alternative view is simply that the government simply has to not do worse than in the past and perhaps it is also reasonable for the government not to make significant changes to the allocation, for whatever reason. In that case we might say that

with most mass around

The problem is that we generally do not observe the effect of expenditure in each program of care nor do we know the distribution of possible budget allocations. The normative judgements are also a contentious issue. Claxton clearly believes the government ought not to have initiated the Cancer Drugs Fund, but he does not go so far as to say any allocative inefficiency results in a net loss of life. Some working out of the underlying normative principles is warranted. But if it’s not possible to estimate these net causal effects, why discuss it? Perhaps it’s due to the lack of consistency. We estimate the ‘ordinary’ causal effect in our empirical work, but we often discuss opportunity costs and losses due to inefficiencies as being due to or caused by the spending decisions that are made. As the examples at the beginning illustrate, the normative question of responsibility seeps into our judgments about whether an omission is the cause of an outcome. For health care expenditure the government or other health care body does have a relevant responsibility. I would argue then that causation by omission is important and perhaps we need to reconsider the inferences that we make.

I wonder if the issue at play here is an inconsistency with regard to the moral relevance of the status quo and deviations from it.

Responsibility is clearly very important in policymaking generally and health spending specifically. But it seems to me that it usually is not deemed relevant in an economic evaluation. As you seem to suggest, responsibility may relate to the status quo.

You mention “increasing health care expenditure” as a context in which to consider causation by omission. In fact, we rarely ever consider this decision problem. Generally, we assume the budget to be fixed and concern ourselves only with deciding how to spend the money. Maybe that’s precisely because we can’t deal with the moral challenge of questioning the spending status quo. The extent to which the CDF resulted in money being “diverted from the National Health Service” is also questionable. Certainly, it was an inefficiency, but we only really think about it as an allocative inefficiency given the budget.

Your exposition seems to suggest – or at least raises the possibility – that, in an A vs B scenario, we should be considering a second incremental effect aside from A vs B: that is, A vs B vs spend nothing. This would ‘endogonise’ the budget in a way that my mind cannot grasp right now. But when it comes to questions about what the budget ought to be we necessarily have to look beyond the context of healthcare to considering all public spending decisions.

So it may be that policymaking gives undue weight to the status quo and deviations from it (any ‘omission’ is morally irrelevant). It may also be that economists don’t pay enough attention to the status quo and its moral relevance. I wouldn’t dare to speak for Karl Claxton, but I’d hazard a guess that his view would be closer to the former. I’ll let you know where I stand if I ever figure it out.

I ended up spending way too much time thinking about this, it’s probably worth actually trying to do this properly now! I think the point I was getting at is not that we’re doing things wrong, in fact, but that the normative isn’t so separate from the positive when it comes to empirical analyses and their interpretation. You might say that empirically we are just estimating the effect of A versus not-A. We don’t take a position on whether B should have been done instead (assuming it was possible to have been done). Well, I think this is where we end up confusing ourselves, as we are not distinguishing the action A from the event that it occurs or the omission of an action of type A occurring. We estimate the effects of the event that A occurs compared to something of the type of A not occurring, which we often take to mean doing nothing. But if instead B could have been done then an event of the type B does not occur, and these omissions may well have causal effects depending on our normative judgement.

So to interpret causal effects in analyses there appear to be normative judgements. Either that what was done was what ought to be done, that there was no other choice than to do what was done in some deterministic sense (in which case the counterfactual is impossible), or that the estimated causal effect is just a component of the total causal effect that can be used in analyses like Karl Claxton’s of the Cancer Drugs Fund. For things like clinical trials the moral context is that neither treatment nor control ought to be done so there is no relevant causation by omission: if treatment or control appears to be harmful then this changes and the trial stops. If it is not stopped then we would say that the trial has been a cause of harm.

I think I agree that many would think that omissions are morally or causally irrelevant but then they would have to say that there was no causal effect of certain omissions, like the clinical trial above or the Cancer Drugs Fund, or the Mbeki administration’s HIV policy, or Billy not watering the plant, or Billy not blocking the goal, and many other discussions in philosophy. If they don’t take this position then I think one would have to accept there is a normative judgement involved in interpreting causal effects.