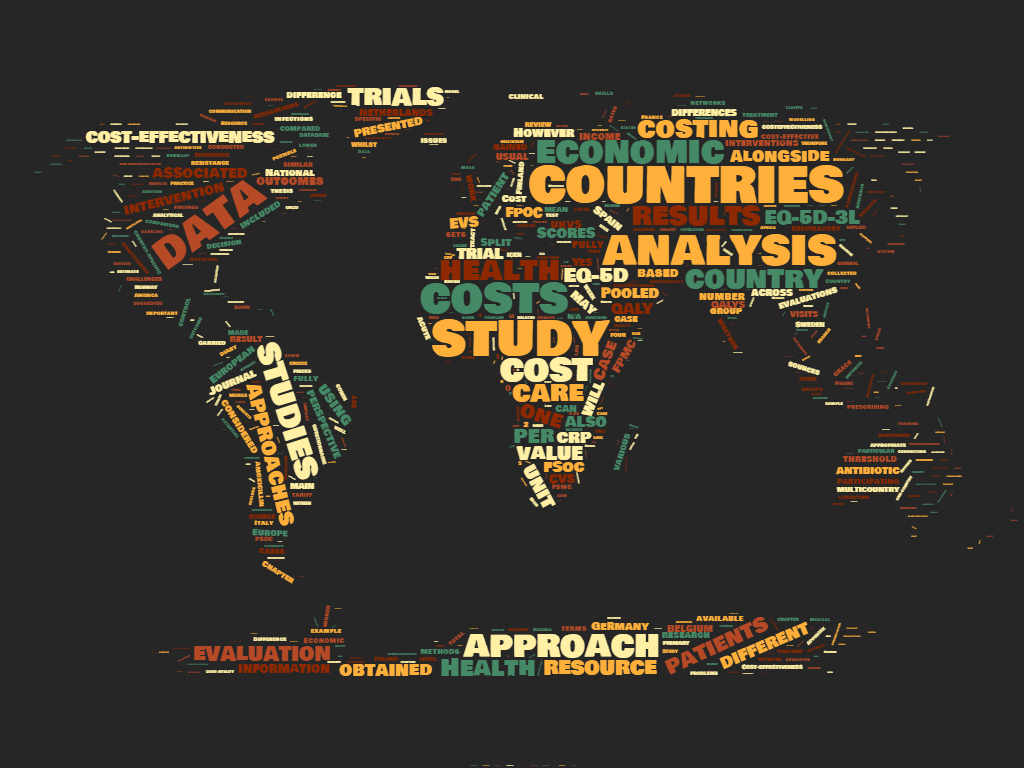 On the third Thursday of every month, we speak to a recent graduate about their thesis and their studies. This month’s guest is Dr Raymond Oppong who graduated with a PhD from the University of Birmingham. If you would like to suggest a candidate for an upcoming Thesis Thursday, get in touch.

What attracted you to studying economic evaluation in the context of multinational studies?

One of the first projects that I was involved in when I started work as a health economist was the Genomics to combat Resistance against Antibiotics in Community-acquired lower respiratory tract infections (LRTI) in Europe (GRACE) project. This was an EU-funded study aimed at integrating and coordinating the activities of physicians and scientists from institutions in 14 European countries to combat antibiotic resistance in community-acquired lower respiratory tract infections.

My first task on this project was to undertake a multinational costing study to estimate the costs of treating acute cough/LRTI in Europe. I faced quite a number of challenges including the lack of unit cost data across countries. Conducting a full economic evaluation alongside the interventional studies in GRACE also brought up a number of issues with respect to methods of analysis of multinational trials which needed to be resolved. The desire to understand and resolve some of these issues led me to undertake the PhD to investigate the implications of conducting economic evaluations alongside multinational studies.

Your thesis includes some case studies from a large multinational project. What were the main findings of your empirical work?

I used three main case studies for my empirical work. The first was an observational study aimed at describing the current presentation, investigation, treatment and outcomes of community-acquired lower respiratory tract infections and analysing the determinants of antibiotic use in Europe. The other 2 were RCTs. The first was aimed at studying the effectiveness of antibiotic therapy (amoxicillin) in community-acquired lower respiratory tract infections, whilst the second was aimed at assessing training interventions to improve antibiotic prescribing behaviour by general practitioners. The observational study was used to explore issues relating to costing and outcomes in multinational studies whilst the RCTs explored the various analytical approaches (pooled and split) to economic evaluation alongside multinational studies.

The results from the observational study revealed large variations in costs across Europe and showed that contacting researchers in individual countries was the most effective way of obtaining unit costs. Results from both RCTs showed that the choice of whether to pool or split data had an impact on the cost-effectiveness of the interventions.

What were the key analytical methods used in your analysis?

A number of approaches were used to achieve each of the objectives. A systematic review of the literature identified challenges associated with economic evaluations alongside multinational studies. A four-stage approach to obtaining unit costs was assessed. The UK, European and country-specific EQ-5D value sets were compared to determine which is the most appropriate to use in the context of multinational studies. Four analytical approaches – fully pooled one country costing, fully pooled multicountry costing, fully split one country costing and fully split multicountry costing – were compared in terms of resource use, costs, health outcomes and cost-effectiveness. Finally, based on the findings of the study, a set of recommendations were developed.

You completed your PhD part-time while working as a researcher. Did you find this a help or a hindrance to your studies?

I must say that it was both a help and a hindrance. Working in a research environment was really helpful. There was a lot of support from supervisors and colleagues which kept me motivated. I might have not gotten this support if I was not working in a research/academic environment. However, even though some time during the week was allocated to the PhD, I had to completely put it on hold for long periods of time in order to deal with the pressures of work/research. Consequently, I always had to struggle to find my bearings when I got back to the PhD. I also spent most weekends working on the PhD especially when I was nearing submission.

On the whole, it should be noted that a part-time PhD requires a lot of time management skills. I personally had to go on time management courses which were really helpful.

What advice would you give to a health economist conducting an economic evaluation alongside a multinational study?

For a health economist conducting an economic evaluation alongside a multinational trial, it is important to plan ahead and understand the challenges that are associated with economic evaluations alongside multinational studies. A lot of the problems such as those related to the identification of unit costs can be avoided by ensuring adequate measures are put in place at the design stage of the study. An understanding of the various health systems of the countries involved in the study is important in order to make a judgement about the differences and similarities in resource use across countries. Decision makers are interested in results that can be applied to their jurisdiction; therefore it is important to adopt transparent methods e.g. state the countries that participated in the study, state the sources of unit costs and make it clear whether data from all countries (pooling) or from a subset (splitting) were used. To ensure that the results of the study are generalisable to a number of countries it may be advisable to present country-specific results and probably conduct the analysis from different perspectives.