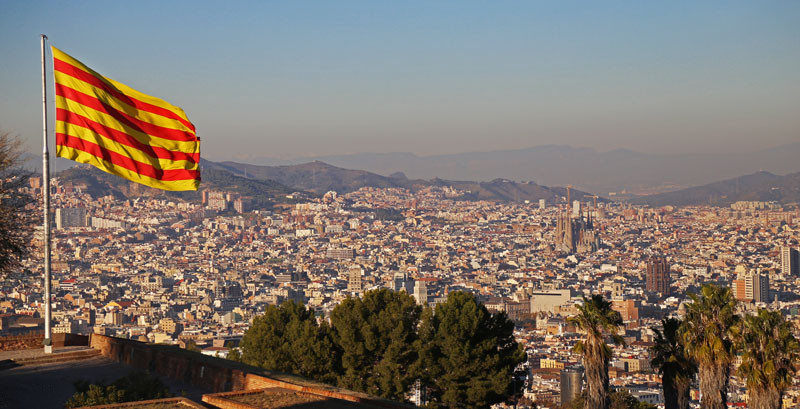 The 34th Plenary Meeting of the EuroQol Group took place in Barcelona on 21st and 22nd September 2017. The local hosts of the meeting were Mike Herdman (UK-born but a Barcelona resident for many years), Juan Manuel Ramos-Goñi and Oliver Rivero-Arias. For the second year running, I chaired the Scientific Programme together with Anna Lugnér.

At its inception, the EuroQol Group was very much a northern European collaboration – the early versions of the EuroQol instrument (now known as the EQ-5D) were developed by researchers in the Netherlands, UK, Sweden, Finland and Norway – see here for an overview of the Group and its history. This year’s Plenary Meeting was attended by 111 participants (primarily academic researchers) representing 23 different countries spanning six continents.

As with previous Plenary Meetings, an HESG-style discussant format was followed – papers were pre-circulated to participants and presented by discussants rather than by authors. The parallel poster sessions also followed a discussant format, with approximately 10 minutes dedicated to the discussion of each poster. In total, 19 papers and 20 posters were presented. For the first time, the majority of the papers were lead-authored by women.

One of the themes of the meeting was a focus on the relationships and interactions between EQ-5D dimensions. A paper by Anna Selivanova compared health state values derived from discrete choice data both with and without interactions. Anna reported results demonstrating that interactions are important and that the interaction between mobility and self-care was the most salient. Another paper by Thor Gamst-Klaussen (represented at the meeting by co-author Jan Abel Olsen) explored the causal and effect nature of EQ-5D dimensions. The authors applied confirmatory tetrad analysis and confirmatory factor analysis to multi-country, cross-sectional data in order to test a conceptual framework depicting relationships among the five dimensions. The results suggest that the EQ-5D comprises both causal variables – mobility, pain/discomfort and anxiety/depression – and effect variables – self-care and usual activities.

An intriguing paper by John Hartman tested for differences in respondent characteristics, participation, response quality and EQ-5D-5L values depending on the device and connection used to access an online survey. The results showed systematic variability in participation and response quality, but the variability did not affect the resulting health state values. The findings could support extending the administration of valuation surveys to smaller devices (e.g. mobile phones) to obtain responses from younger, more ethnically diverse populations who have traditionally been found to be difficult to recruit.

Other topics covered in the programme included the views of UK decision makers on the role of well-being in resource allocation decisions, the development of a value set for the EQ-5D-Y (a version of the EQ-5D designed for use in children and adolescents), and the prevalence and impact of so-called ‘implausible’ health states.

The Plenary Meeting concluded with a guest presentation by Janel Hanmer of the University of Pittsburgh, followed by a reception at a restaurant on the Montjuïc hill overlooking the Barcelona harbour. The next EuroQol conference will be the Academy Meeting, which takes place in Budapest on 6-8 March 2018.