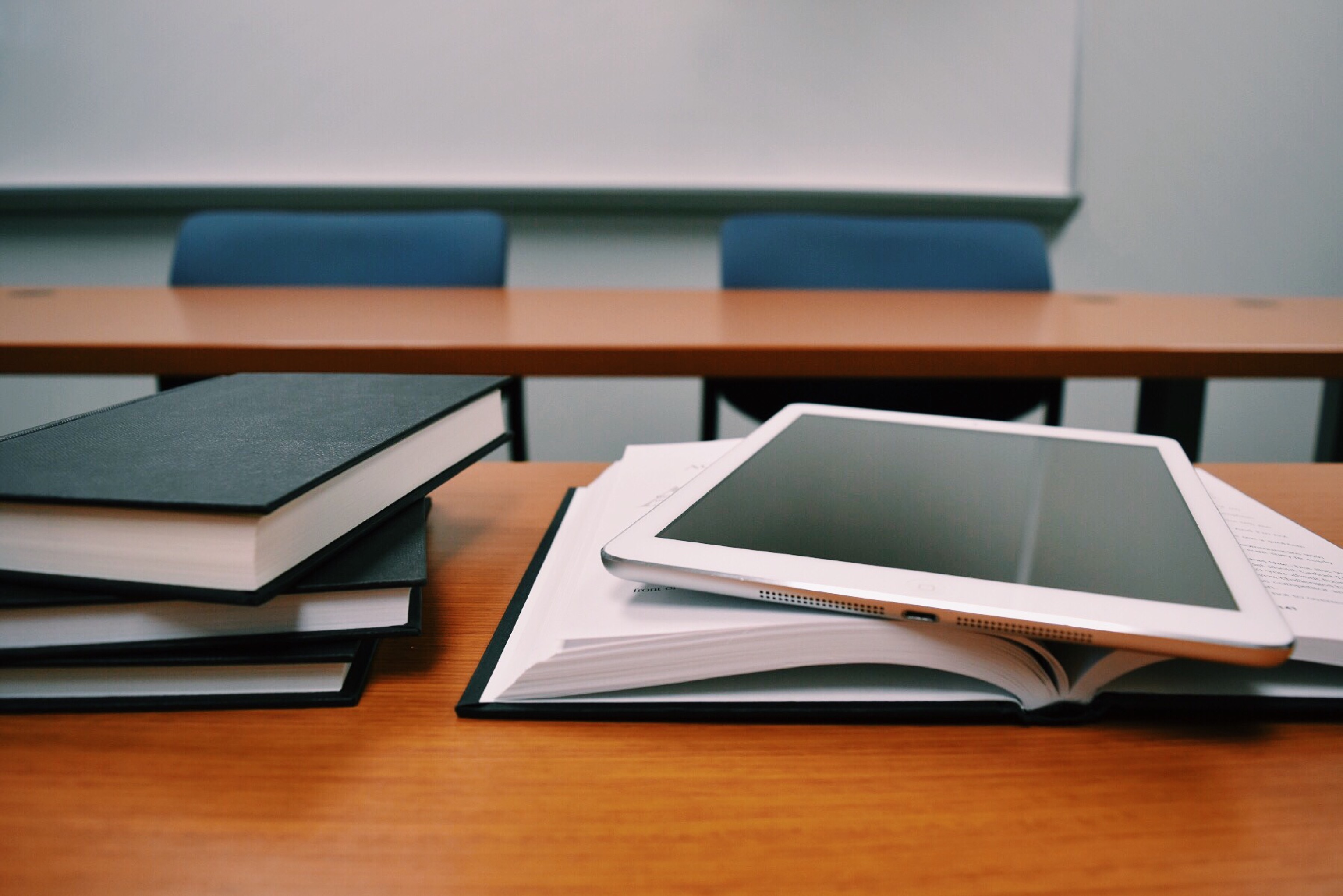 Today’s Journal Club Briefing comes from the Academic Unit of Health Economics at the University of Leeds. At their journal club on 2nd August 2017, they discussed Dolan and Kahneman’s 2008 article from The Economic Journal: ‘Interpretations of utility and their implications for the valuation of health‘. If you’ve discussed an article at a recent journal club meeting at your own institution and would like to write a briefing for the blog, get in touch.

Dolan and Kahneman (2008) is a paper which was published nearly ten years ago, was written several years before that, and was not published in a health-related journal. It’s hence, at first sight, a slightly curious choice for a health economics journal club. However, it raises issues which are at the heart of health economics practice. The questions raised by this article have not as yet been answered, and don’t look likely to be answered anytime soon.

The article’s point of departure is the distinction between experienced utility and decision utility, often a source of fruitful research in behavioural economics. Experienced utility is utility in the Benthamite sense, meaning the hedonic experience in the current moment: the pleasure and/or pain felt by a person at any given point in time. Decision utility is utility as taught in undergraduate economics textbooks: an objective function which the individual dispassionately acts to maximise. In the neoclassical framework of said undergraduate textbooks, this is a distinction without a difference. The individual correctly forecasts the expected flow of experienced utility given the available information and her actions, forms a decision utility function from it and acts to maximise it.

However, Thaler and Sunstein wouldn’t have sold as many books if things were so simple. Many systematic and significant instances of divergences between experienced and decision utility have been well documented, and several people (including one of the authors of this paper) have won Nobel prizes for it. The one which this article focuses on is adaptation.

The authors summarise a large body of evidence that shows that individuals suffer a large loss of utility after a traumatic event (e.g. the loss of a limb or loss of function), but that for many conditions they will adapt to their new situation and recover much of their utility loss. After as little as a year, their valuation of their health is very similar to that of the general population. Furthermore, the authors precis various studies which show that individuals routinely underestimate drastically the amount of adaptation that would occur should such a traumatic event befall them.

This improvement over time in the health-related utility experienced by people with many conditions is partly due to hedonic adaptation – the internal scale of pleasure/pain re-calibrates to their new situation – and partly due to behavioural change, such as finding new pastimes to replace those ruled out by their condition. While the causes of adaptation are fascinating, the focus here is not on the mechanisms behind it, but rather on the consequences for measuring utility and the implications for resource allocation.

The methods health economists use to evaluate the utility of being in a given health state, such as time trade-off, standard gamble or discrete choice experiments, will tend to elicit decision utility. They are based on choices between hypothetical states and so will not capture the changes in experienced utility due to adaptation. Thus valuations of health states from the general public will tend to be lower than the valuations from people actually living in the health state.

At first glance, the consequences for resource allocation may not appear to be particularly severe. It may lead to more resources being devoted to healthcare as a whole (at least for life-improving treatments – life-extending treatments are a different case), but the overall healthcare budget is in practice largely a political decision. However, it will not lead to distortions between treatments for alternative conditions.

Yet adaptation is not a universal phenomenon. There are conditions for which little or no adaptation is seen (for example unexplained pain), and when it occurs, it occurs at different speeds and to differing extents for different conditions. The authors show that valuations of conditions with a greater initial utility loss are lower than conditions with a lesser initial loss but a lower degree of adaptation, and thus will receive a greater level of resources, despite the sum of experienced utility being the same for both. The authors argue that this is unfair, and that health economists should update their practices to better capture experienced utility.

A common argument in favour of the status quo is that (in many countries at least) it is public resources which are being allocated, and thus it is public preferences which should be respected. It appears legitimate to allocate resources to assuage public fears of health states, even if those health states are worse in their imagination than in reality. The authors consider this argument and reply that, in this case, the instruments of health economists are still not fit for purpose. General measures of health states, such as EQ-5D, go out of their way to describe states in abstract terms and to separate them from causes, such as cancer, which may carry an emotional affect. It cannot be argued that public valuations are justified because resources should be allocated according to public fears if the measurement of valuation deliberately tries not to elicit those fears.

The argument that adaptation causes serious problems for valuing health and for allocation of health resources is a persuasive one. It is undoubtedly true that changes in utility over time, and other violations of the neoclassical economic paradigm such as reference dependence, do not presently receive sufficient attention in health economics and policy decisions in general.

Despite the stimulating discussion and the overall brilliance of the paper, there are some elements which can be challenged. One of them is that throughout, the authors’ arguments and recommendations are made from the standpoint that the sum over time of the flow of experienced utility from a health state is to be used as the sole measure of value. This would consist in what one of the authors calls the day reconstruction method (DRM) which consists in rating a range of feelings including happiness, worry, and frustration.

Despite the acknowledgement of some philosophical difficulties, the sum of the flow of experienced utility is treated as if it is the only true yardstick with which to measure health, without a convincing justification and no discussion on the qualitative aspect of the measurement as opposed to a truly cardinal measure of health allowing ranking of individuals’ health states.

The authors raise the question of whether current practice can be justified by a desire to soothe public fears, and dismiss it since the elicitation tools are not suitable. However, they do not address the question of whether allocating public resources according to the public’s (incorrect) fears of given diseases or health states could be a legitimate health policy aim. One could imagine, for example, a discrete choice experiment eliciting how much the general public dreads cancer over other diseases, and make an argument that the welfare of the public is improved by allocating resources based on these results. There are myriad problems with such an approach, of course, but there seem to be no fewer problems with alternative approaches.

Intertemporal welfare judgements are notoriously difficult once the exponential discounting framework is left. It seems just as legitimate to base valuations on the ex post judgement of individuals who have fully adjusted to a health state as on an integration of past feelings, most of which are now distant memories. Most people would agree that the time to value their experience of a marathon is after completing it, not during the twenty-fifth mile or at the start line.

Indeed, this appears to be the position tacitly taken elsewhere by Kahneman in his work on the peak-end rule. In Redelmeier et al. (2003), it was found that the retrospective rating of the pain of a colonoscopy was based almost exclusively on the peak intensity of pain and on the pain felt at the end. Thus procedures which were extended by an extra three minutes were remembered as less painful than standard procedures, even though the total pain experienced was greater. Furthermore, those who underwent the extended procedure were more likely to state they would undergo it again. It would seem strange, in this case, to judge them as worse off.

Schelling (1984) ends his superlative discussion of the problems of intertemporal decision making with the following thought experiment. Just as with valuing health, there are no easy answers.

[S]ome anesthetics block transmission of the nervous impulses that constitute pain; others have the characteristic that the patient responds to the pain as if feeling it fully but has utterly no recollection afterwards. One of these is sodium pentothal. In my imaginary experiment we wish to distinguish the effects of the drug from the effects of the unremembered pain, and we want a healthy control subject in parallel with some painful operations that will be performed with the help of this drug. For a handsome fee you will be knocked out for an hour or two, allowed to sleep it off, then tested before you go home. You do this regularly, and one afternoon you walk into the lab a little early and find the experimenters viewing some videotape. On the screen is an experimental subject writhing, and though the audio is turned down the shrieks are unmistakably those of a person in pain. When the pain stops the victim pleads, “Don’t ever do that again. Please.”

The person is you.

Do you walk into your booth, lie on the couch, and hold out your arm for today’s injection?

Should I let you?