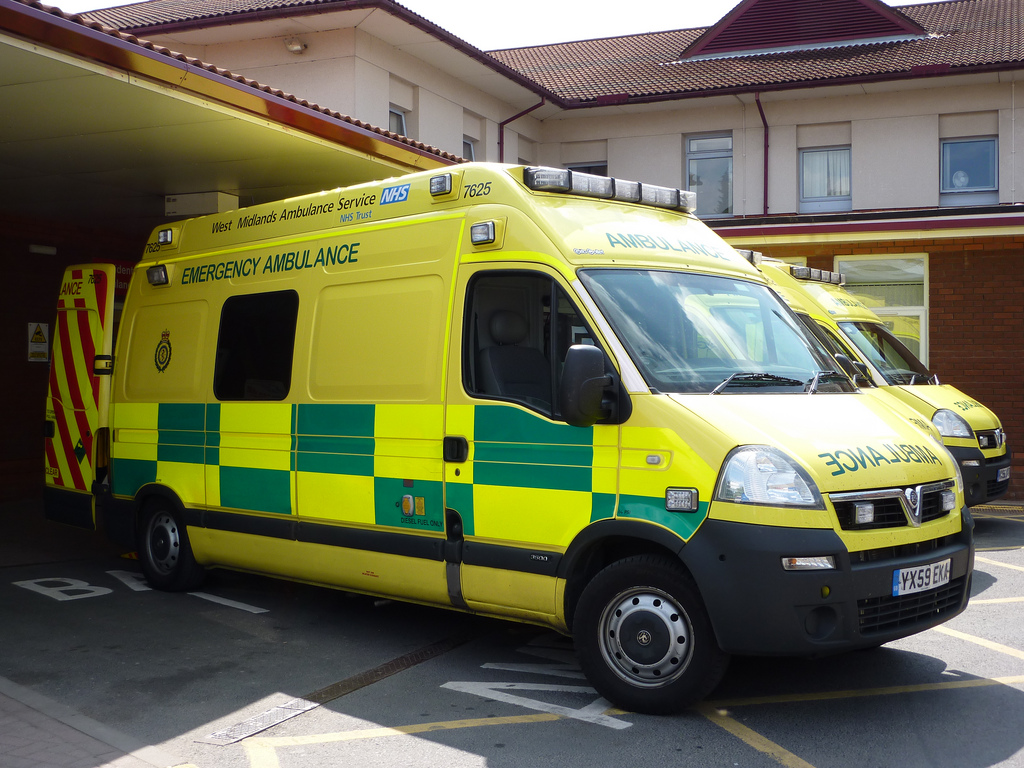 I have recently been watching the BBC series Ambulance. It is a fly-on-the-wall documentary following the West Midlands Ambulance Service interspersed with candid interviews with ambulance staff, much in the same vein as other health care documentaries like 24 Hours in A&E. As much as anything it provides a (stylised) look at the conditions on the ground for staff and illustrates how health care institutions are as much social institutions as essential services. In a recent episode, the cost of a hoax call was noted as some thousands of pounds. Indeed, the media and health services often talk about the cost of hoax calls in this way:

Warning for parents as one hoax call costs public £2,465 and diverts ambulance from real emergency call.

Nuisance caller cost the taxpayer £78,000 by making 408 calls to the ambulance service in two years.

But these are accounting costs, not the full economic cost. The first headline almost captures this by suggesting the opportunity cost was attendance at a real emergency call. However, given the way that ambulance resources are deployed and triaged across calls, it is very difficult to say what the opportunity cost is: what would be the marginal benefit of having an additional ambulance crew for the duration of a hoax call? What is the shadow price of an ambulance unit?

Few studies have looked at this question. The widely discussed study by Claxton et al. in the UK, looked at shadow prices of health care across different types of care, but noted that:

Expenditure on, for example, community care, A&E, ambulance services, and outpatients can be difficult to attribute to a particular [program budget category].

One review identified a small number of studies examining the cost-benefit and cost-effectiveness of emergency response services. Estimates of the marginal cost per life saved ranged from approximately $5,000 to $50,000. However, this doesn’t really tell us the impact of an additional crew, nor were many of these studies comparable in terms of the types of services they looked at, and these were all US-based.

There does exist the appropriately titled paper Ambulance Economics. This paper approaches the question we’re interested in, in the following way:

The centrepiece of our analysis is what we call the Ambulance Response Curve (ARC). This shows the relationship between the response time for an individual call (r) and the number of ambulances available and not in use (n) at the time the call was made. For example, let us suppose that 35 ambulances are on duty and 10 of them are being used. Then n has the value of 25 when the next call is taken. Ceteris paribus, as n increases, we expect that r will fall.

On this basis, one can look at how an additional ambulance affects response times, on average. One might then be able to extrapolate the health effects of that delay. This paper suggests that an additional ambulance would reduce response times by around nine seconds on average for the service they looked at – not actually very much. However, the data are 20 years old, and significant changes to demand and supply over that period are likely to have a large effect on the ARC. Nevertheless, changes in response time of the order of minutes are required in order to have a clinically significant impact on survival, which are unlikely to occur with one additional ambulance.

Taken altogether, the opportunity cost of a hoax call is not likely to be large. This is not to downplay the stupidity of such calls, but it is perhaps reassuring that lives are not likely to be in the balance and is a testament to the ability of the service to appropriately deploy their limited resources.

Hi Sam, interesting post that raises lots of questions! From conversations I’ve had with ambulance dispatchers, I’m under the impression that the number of ambulances available and not in use (n) is very small if not 0 for the NHS. If that is true, it seems plausible to me that the delays would be longer and therefore have an impact on survival. What do you think? Would there be other illnesses where delays wouldn’t impact survival but would impact quality of life or other outcomes for the patient? What about the cost to patients who end up needing to find alternative transportation to A&E because an ambulance isn’t available?

My impression is also that at peak times n can drop to zero – obviously the response time doesn’t tend to infinity but it probably increases fast as n declines. In this case response times may indeed have life changing effects I would think. What surprises me is that there is very little data to actually judge this, at least in the public domain. Certainly there are also costs not captured by thinking only about health effects I would agree – e.g. for many people ambulances are the only way of accessing care in hospital and waiting may not be life threatening but painful or difficult. Someone should update Ambulance Economics!