Are user fees a barrier to health care in poor countries? 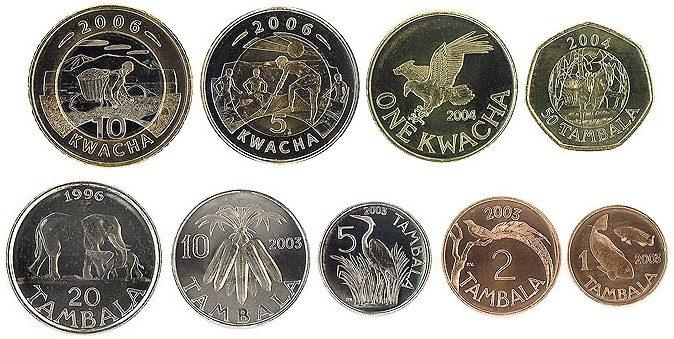 The 1987 Bamako declaration promoted user or consultation fees for health care as a means to raise revenue and improve the quality of services. However, user fees may pose a barrier to access, and hence the key Sustainable Development Goal of Universal Health Coverage (UHC), for the global poor who typically have a high elasticity of demand for health services. The evidence has been mixed though on the impact of adding or removing user fees. A Cochrane review found that utilisation of services typically declined significantly with the introduction of fees and that quality was often found to improve with fees, but they also questioned the reliability of these studies due to a “high risk of bias”. Indeed, the evidence can be conflicting as to the effect of user fees on health service utilisation. Consider the following two studies from two similar countries: Malawi and Zambia.

The first looks at the effect the introduction and removal user fees had on health centre outpatient attendances, new diagnoses of malaria, and HIV diagnoses in a rural district of Malawi (which I should declare I authored!) Of 13 centres in Neno district, four were operated by the Christian Health Association of Malawi, of which one has always charged user fees and three introduced them in July 2013. The other centres were operated by the Ministry for Health and an NGO, Partners In Health, and did not charge fees. In July 2015, one centre removed user fees. These changes in charging status created a neat natural experiment. A plot of outpatient attendances shows what happened: 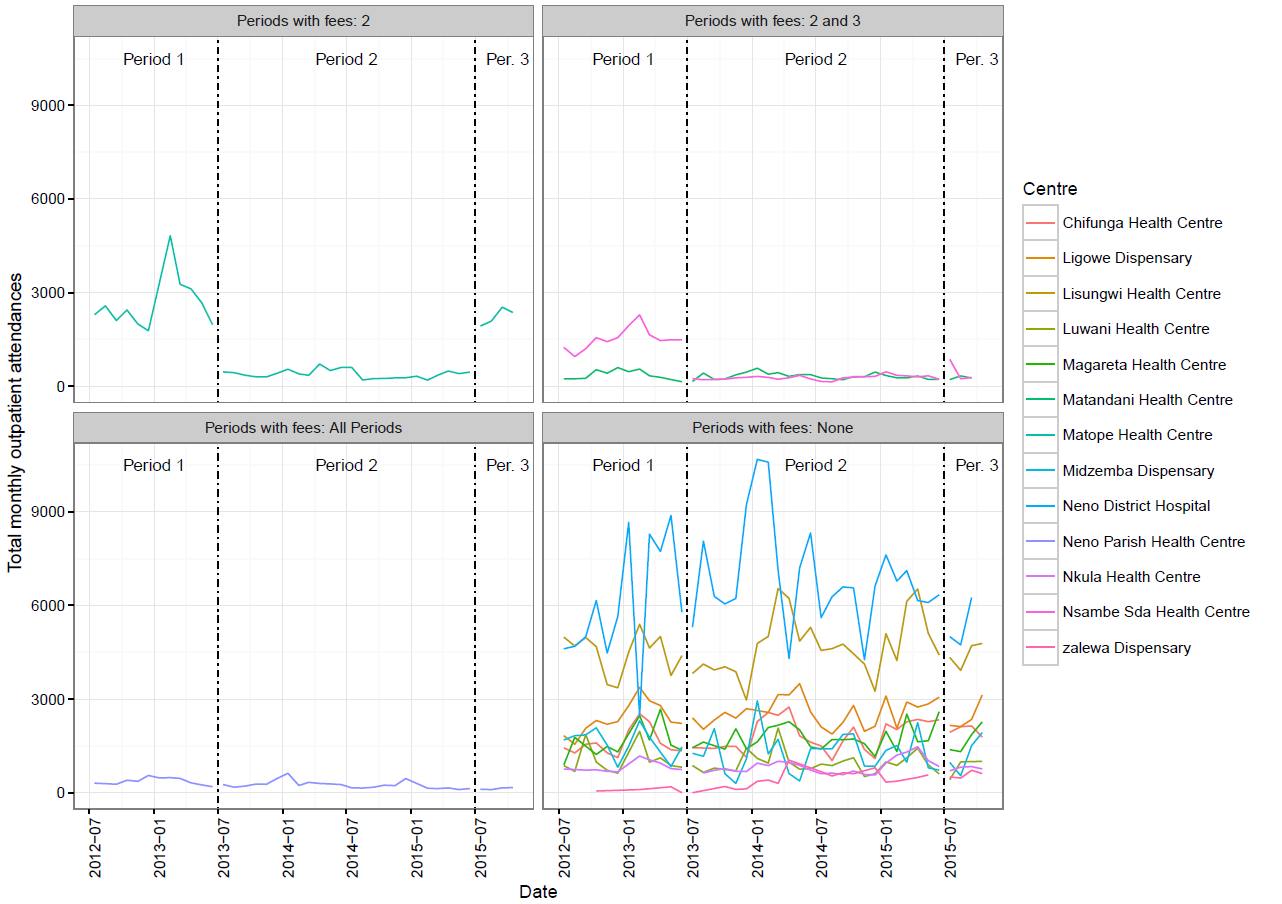 Even without modelling it is clear what happened – attendances dropped with the introduction of user fees and increased when they were removed. Similar changes were seen in new malaria and HIV diagnoses Further analysis also suggested patients weren’t moving between centres to avoid fees.

The second study, published this week, looks at a 2006 policy to remove user fees for publicly-funded health care facilities in rural districts across Zambia. The policy was instigated by the Zambian president as a step towards UHC, but was implemented haphazardly with funding not being completely in place and districts choosing to distribute the funding they received in different ways. Using data from a repeated cross-sectional health survey, the corresponding plot of the effects of the policy is: 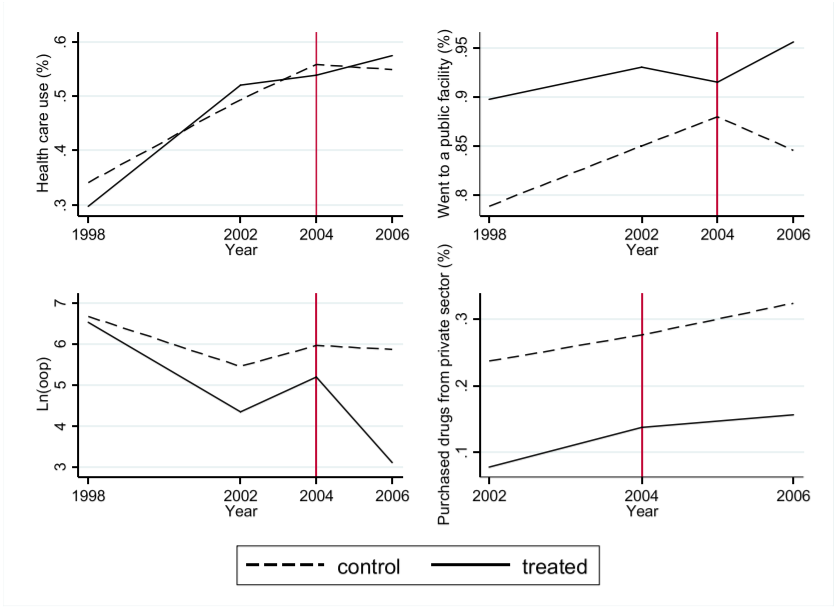 Evident from this and reinforced by their synthetic control analysis, the policy did little to change the proportion of people seeking health care. The key impact of the policy was to reduce out of pocket expenditure as it seems people switched from using private providers to public providers. So why do the results of these studies, with seemingly similar ‘treatments’ in similar poor rural populations, differ so much?

In an earlier study of the Zambian policy it was found that outpatient attendances recorded in routine data – the same data used in the Malawi study above – there were large increases in use of public facilities when user fees were removed. The new study adds evidence though that this increase was a result of people switching from private to public providers. In Neno district, Malawi there are no private providers – only those in the study. Nevertheless, private providers also charge, so health care use in the face of fees was markedly higher in Zambia than Neno, Malawi. Perhaps there are relevant differences then in the populations under study.

Zambia, even in 2006, was much wealthier than Malawi in 2013. GDP per capita in comparable dollars was $1,030 in 2006 Zambia and $333 in 2013 Malawi. And Neno district is among the poorest in Malawi. The Malawi study population may be significantly poorer then than that in Zambia, and so have yet more elastic demand. Then again, Zambia is one of the most unequal countries in the world, its wealth generated from a boom in the copper price and other commodities. Its Gini coefficient is 57.5 as compared to Malawi’s 43.9. Thus, one may expect rural Zambians to perhaps be comparable to those in Malawi despite GDP differences. Unfortunately, there aren’t further statistics in the paper to compare the samples – and indeed no information on the relative prices of the user fees. And further, the Zambia paper does look at the poorest 50% of people separately and finds little difference in the treatment effect although there does appear to be large levels of heterogeneity in the estimated treatment effects between districts.

Differences in conclusions may also results from differences in data. For example, the Zambia study looked at changes in the reported use of formal health care among people who had an illness recently, whereas the Malawian study looked at outpatient attendances and diagnoses. Perhaps a difference could arise here such as reporting biases in the survey data.

It is not clear why results in the Zambian study differ from those in the Malawian one and indeed many others. It certainly shows the difficulty we have understanding the effect even small charges can have on access to care even as the quality of the evidence improves.

3 thoughts on “Are user fees a barrier to health care in poor countries?”