Meeting round-up: The Role of the University of York in the Development of Health Economics

By Eleanor MacKillop and Sally Sheard

On 27th October 2017, some key British health economists were reunited to discuss the origins and development of their discipline. The event, held at the Centre for Health Economics at the University of York, formed part of the ‘Governance of Health’ project, led by Professor Sally Sheard at the University of Liverpool. Health economics (HE) now dominates British and foreign health policy and decision-making, as illustrated by the resource allocation formula, the formulation of the quality-adjusted life year (QALY), or the introduction of quasi-markets in the NHS, and NICE.

Witness seminars provide an opportunity for collective and public oral history. The event chronicled a history that has rarely been examined, and then only by economists. Using open questions, the witnesses explored the origins of British HE, relationships with the Department of Health (DH) and how it infiltrated other areas such as the NHS – the word ‘infiltrating’ was often repeated by witnesses.

Origins of health economics in the UK

For Tony Culyer, his personal experience of health economics began in 1964 when working with Mike Cooper at Exeter University. Mike Cooper had previously worked with Dennis Lees at Keele University and the Institute of Economic Affairs (IEA). For other witnesses, their first brush with economics as applied to health – the term ‘health economics’ was not used until much later – came through the MSc and PhD programmes at York. The creation of the University of York in 1963 allowed new disciplines such as economics to develop in a less rigid environment as compared to Oxbridge. A similar pattern emerged at the University of Aberdeen and Brunel University. 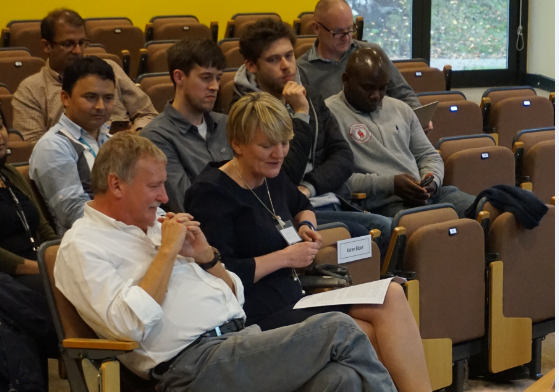 Why York rather than other more established centres? Several witnesses explained that there was a ‘snobbery’ and that HE was seen as ‘a waste of time’ and ‘not proper economics’. Another crucial event was the ‘coup’ of York of recruiting two leading economists – Alan Peacock and Jack Wiseman – to start an economics department which was first inaugurated as the Institute of Social and Economics Research (ISER) in 1964. However, as noted by some witnesses, the political inclinations of these two economists, who were close to the free-market-leaning IEA, may have hindered York’s early relationship with Government. The hiring of Alan Williams in 1968 – seen by many as, ‘inspirational and fascinating’ and equipped with ‘a relentless logic’ – was also a defining event in the development of economics at York. It is important to note that the first health economics centre was established at Aberdeen – the Health Economics Research Unit (HERU) in 1977 – and that the Centre for Health Economics (CHE) at York wasn’t inaugurated until 1983. More generally, the financial and economic context of the 1970s, with the oil shocks, devaluation of the pound and beginning of years of budget restrictions, was an obvious factor in making HE a helpful discipline for successive governments.

David Pole, first Chief Economist for health in the Department of Health and Social Security (DHSS), was a key individual, entering the Department’s Economic Advisers’ Office (EAO) as a senior economic adviser in 1970, shortly followed by Jeremy Hurst. They tried to convince some hostile medical professionals and administrators of the merits of their approach. Ron Akehurst explained how the attempt by administrators to hide from the then Minister of State for Health – David Owen – a report on the geographical inequalities in the allocation of resources in the mid-1970s led the latter to liaise directly with David Pole and the EAO, and the emergence of the resource allocation formula. A former economic adviser in DH, Andrew Burchell, reminisced how David Pole and his successor Clive Smee were successful in identifying academic research that could be grafted onto policy – such as QALYs from the mid-1970s – and seizing opportunities as they arose. 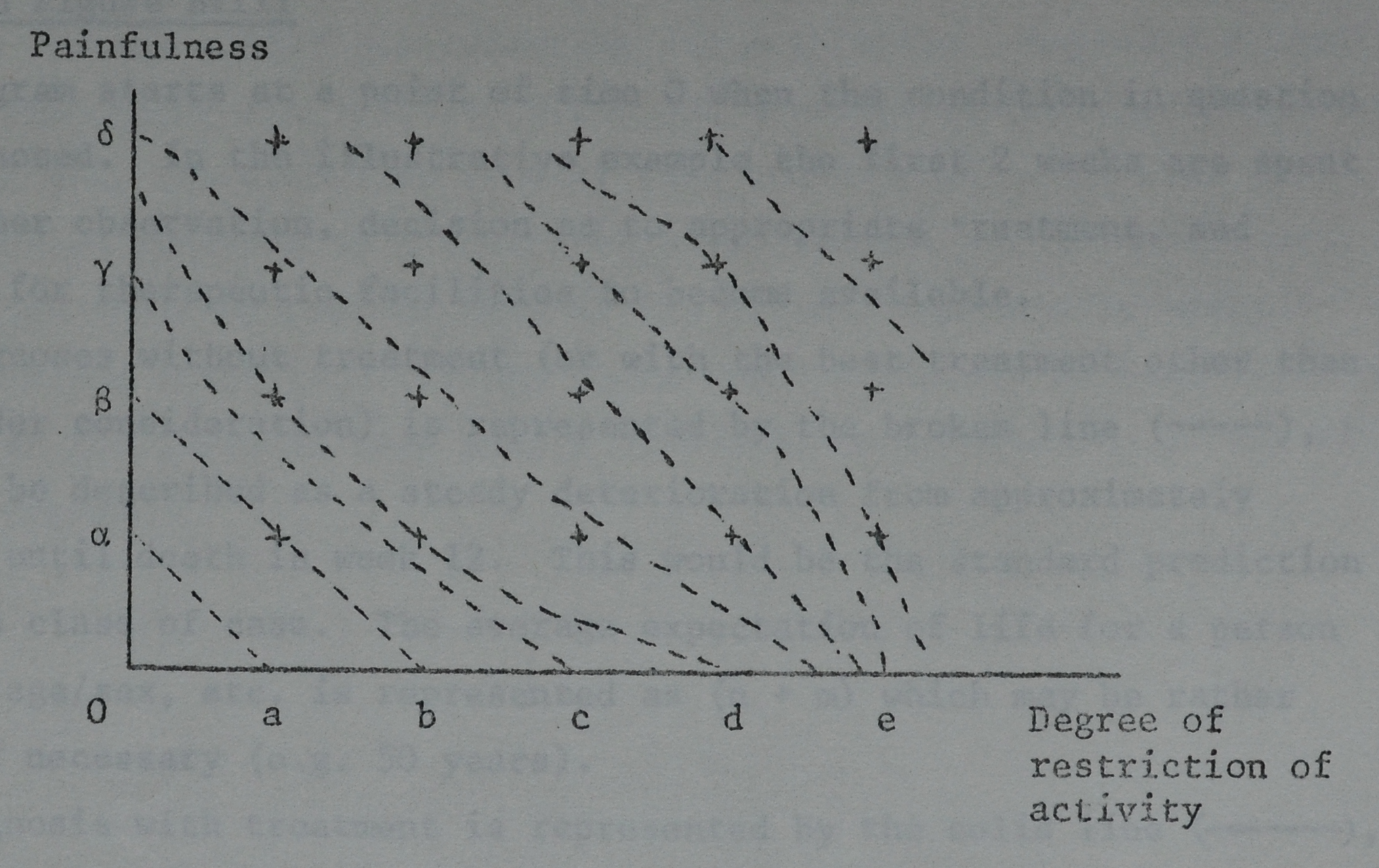 Photograph of schema fusing painfulness and restriction of activity into a single dimension (TNA, MH166/927, Economics of Medical Care, ‘Health Indicators’ report submitted by Culyer, A., Lavers, R. and Williams, A. to the DHSS, p. 29, 1971)

The inauguration of CHE in 1983 and its funding as a DHSS research unit forged a closer relationship between York and government. Public Health England’s Chief Economist, Brian Ferguson, noted how Alan Maynard would often speak of ‘infiltrating the field and government’. More generally, York was successful at delivering research and reports that DH could use, such as Peter Smith’s work on the cost of teaching hospitals in the early 1970s and Ken Wright’s work on ambulances and social care.

Health economics in other contexts and key achievements

From the 1980s, witnesses Anne Ludbrook, Alan Haycox and Ron Akehurst worked as economists in Regional Health Authorities in England and Scotland. They talked about the difficulty of getting the HE message across to doctors and managers, and making decisions more transparent.

Ron Akehurst spoke about how he was commissioned by DH to run HE training courses for doctors. A number of other contributions were mentioned, but most witnesses agreed that NICE was the ‘single most important impact of health economics on policy’.

What we have learnt: three key messages from the Witness Seminar

#HEconHist very energising – so much to do. Government & opposition both keener on ideology than evidence. Keep busy @CHEyork and others.