Bad reasons not to use the EQ-5D-5L 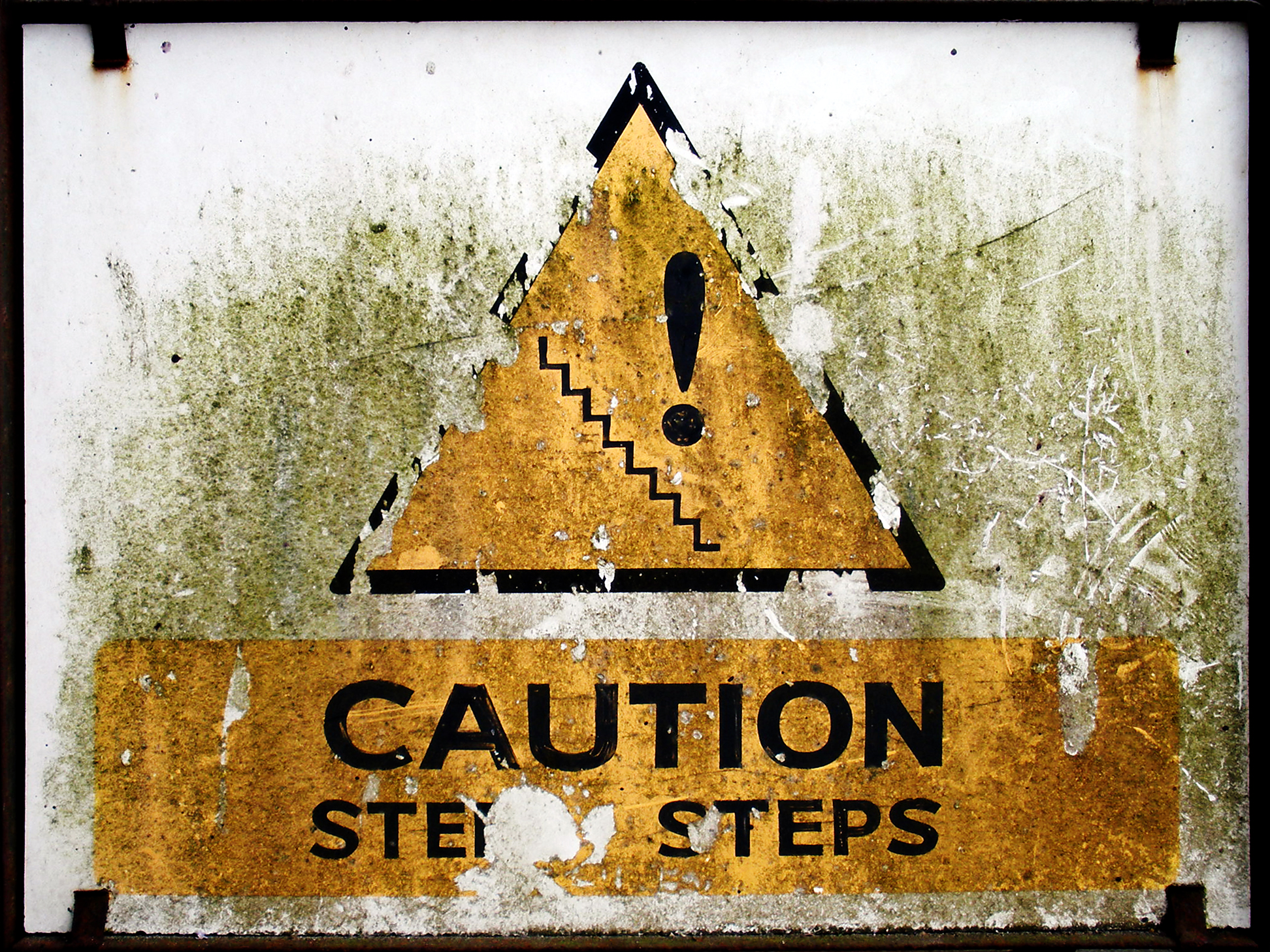 If you’re not familiar with the story of the EQ-5D-5L in England, read any of the linked articles, or see an OHE blog post summarising the tale. The important part of the story is that NICE has effectively recommended the use of the EQ-5D-5L descriptive system (the questionnaire), but not the new EQ-5D-5L value set for England. Of the new editorials and commentaries, Devlin et al are vaguely pro-5L, Round is vaguely anti-5L, and Brazier et al are vaguely on the fence. NICE has manoeuvred itself into a situation where it has to make a binary decision. 5L, or no 5L (which means sticking with the old EQ-5D-3L value set). Yet nobody seems keen to lay down their view on what NICE ought to decide. Maybe there’s a fear of being proven wrong.

So, herewith a list of reasons for exercising caution in the adoption of the EQ-5D-5L, which are either explicitly or implicitly cited by recent commentators, and why they shouldn’t determine NICE’s decision. The EQ-5D-5L value set for England should be recommended without hesitation.

We don’t know if the descriptive system is valid

Round argues that while the 3L has been validated in many populations, the 5L has not. Diabetes, dementia, deafness and depression are presented as cases where the 3L has been validated but the 5L has not. But the same goes for the reverse. There are plenty of situations in which the 3L has been shown to be problematic and the 5L has not. It’s simply a matter of time. This argument should only hold sway if we expect there to be more situations in which the 5L lacks validity, or if those violations are in some way more serious. I see no evidence of that. In fact, we see measurement properties improved with the 5L compared with the 3L. Devlin et al put the argument to bed in highlighting the growing body of evidence demonstrating that the 5L descriptive system is better than the 3L descriptive system in a variety of ways, without any real evidence that there are downsides to the descriptive expansion. And this – the comparison of the 3L and the 5L – is the correct comparison to be making, because the use of the 3L represents current practice. More fundamentally, it’s hard to imagine how the 5L descriptive system could be less valid than the 3L descriptive system. That there are only a limited number of validation studies using the 5L is only a problem if we can hypothesise reasons for the 5L to lack validity where the 3L held it. I can’t think of any. And anyway, NICE is apparently satisfied with the descriptive system; it’s the value set they’re worried about.

We don’t know if the EQ-VT was valid

As discussed by Brazier et al, it looks like there may have been some problems in the administration of the EuroQol valuation protocol (the EQ-VT) for the EQ-5D-5L value set. As a result, some of the data look a bit questionable, including large spikes in the distribution of values at 1.0, 0.5, 0.0, and -1.0. Certainly, this justifies further investigation. But it shouldn’t stall adoption of the 5L value set unless this constitutes a greater concern than the distributional characteristics of the 3L, and that’s not an argument I see anybody making. Perhaps there should have been more piloting of the EQ-VT, but that should (in itself) have no bearing on the decision of whether to use the 3L value set or the 5L value set. If the question is whether we expect the EQ-VT protocol to provide a more accurate estimation of health preferences than the MVH protocol – and it should be – then as far as I can tell there is no real basis for preferring the MVH protocol.

Devlin et al state that, with respect to whether differences in the value sets represent improvements, “Until the external validation of the England 5L value set concludes, the jury is still out.” I’m not sure that’s true. I don’t know what the external validation is going to involve, but it’s hard to imagine a punctual piece of work that could demonstrate the ‘betterness’ of the 5L value set compared with the 3L value set. Yes, a validation exercise could tell us whether the value set is replicable. But unless validation of the comparator (i.e. the 3L value set) is also attempted and judged on the same basis, it won’t be at all informative to NICE’s decision. Devlin et al state that there is a governmental requirement to validate the 5L value set for England. But beyond checking the researchers’ sums, it’s difficult to understand what that could even mean. Given that nobody seems to have defined ‘validity’ in this context, this is a very dodgy basis for determining adoption or non-adoption of the 5L.

Well, yes. Otherwise, what would be the point? Brazier et al present this as a justification for a ‘pause’ for an independent review of the 5L value set. The authors present the potential shift in priority from life-improving treatments to life-extending treatments as a key reason for a pause. But this is clearly a circular argument. Pausing to look at the differences will only bring those (and perhaps new) differences into view (though notably at a slower rate than if the 5L was more widely adopted). And then what? We pause for longer? Round also mentions this point as a justification for further research. This highlights a misunderstanding of what it means for NICE to be consistent. NICE has no responsibility to make decisions in 2018 precisely as it would have in 2008. That would be foolish and ignorant of methodological and contextual developments. What NICE needs to provide is consistency in the present – precisely what is precluded by the current semi-adoption of the EQ-5D-5L.

Round mentions this. But why does it matter? This is nothing compared to the trickery that goes on in economic modelling. The whole point of modelling is to do the best we can with the data we’ve got. If we have to compare an intervention for which outcomes are measured in 3L values with an intervention for which outcomes are measured in 5L values, then so be it. That is not a problem. It is only a problem if manufacturers strategically use 3L or 5L values according to whichever provides the best results. And you know what facilitates that? A pause, where nobody really knows what is going on and NICE has essentially said that the use of both 3L and 5L descriptive systems is acceptable. If you think mapping from 5L to 3L values is preferable to consistently using the 5L values then, well, I can’t reason with you, because mapping is never anything but a fudge (albeit a useful one).

There are problems with the 3L, so we shouldn’t adopt the 5L

There’s little to say on this point beyond asserting that we mustn’t let perfect be the enemy of the good. Show me what else you’ve got that could be more readily and justifiably introduced to replace the 3L. Round suggests that shifting from the 3L to the 5L is no different to shifting from the 3L to an entirely different measure, such as the SF-6D. That’s wrong. There’s a good reason that NICE should consider the 5L as the natural successor to the 3L. And that’s because it is. This is exactly what it was designed to be: a methodological improvement on the same conceptual footing. The key point here is that the 3L and 5L contain the same domains. They’re trying to capture health-related quality of life in a consistent way; they refer to the same evaluative space. Shifting to the SF-6D (for example) would be a conceptual shift, whereas shifting to the 5L from the 3L is nothing but a methodological shift (with the added benefit of more up-to-date preference data).

Round suggests that the pause is because of “an unexpected set of results” arising from the valuation exercise. That may be true in part. But I think it’s more likely the fault of dodgy public sector deals with the likes of Richard Branson and a consequently algorithm-fearing government. I totally agree with Round that, if NICE is considering a new outcome measure, they shouldn’t just be considering the 5L. But given that right now they are only considering the 5L, and that the decision is explicitly whether or not to adopt the 5L, there are no reasons not to do so.

The new value set is only a step change because we spent the last 25 years idling. Should we really just wait for NICE to assess the value set, accept it, and then return to our see-no-evil position for the next 25 years? No! The value set should be continually reviewed and redeveloped as methods improve and societal preferences evolve. The best available value set for England (and Wales) should be regularly considered by NICE as part of a review of the reference case. A special ‘pause’ for the new 5L value set will only serve to reinforce the longevity of compromised value sets in the future.

Yes, the EQ-5D-3L and its associated value set for the UK has been brilliantly useful over the years, but it now has a successor that – as far as we can tell – is better in many ways and at least as good in the rest. As a public body, NICE is conservative by nature. But researchers needn’t be.