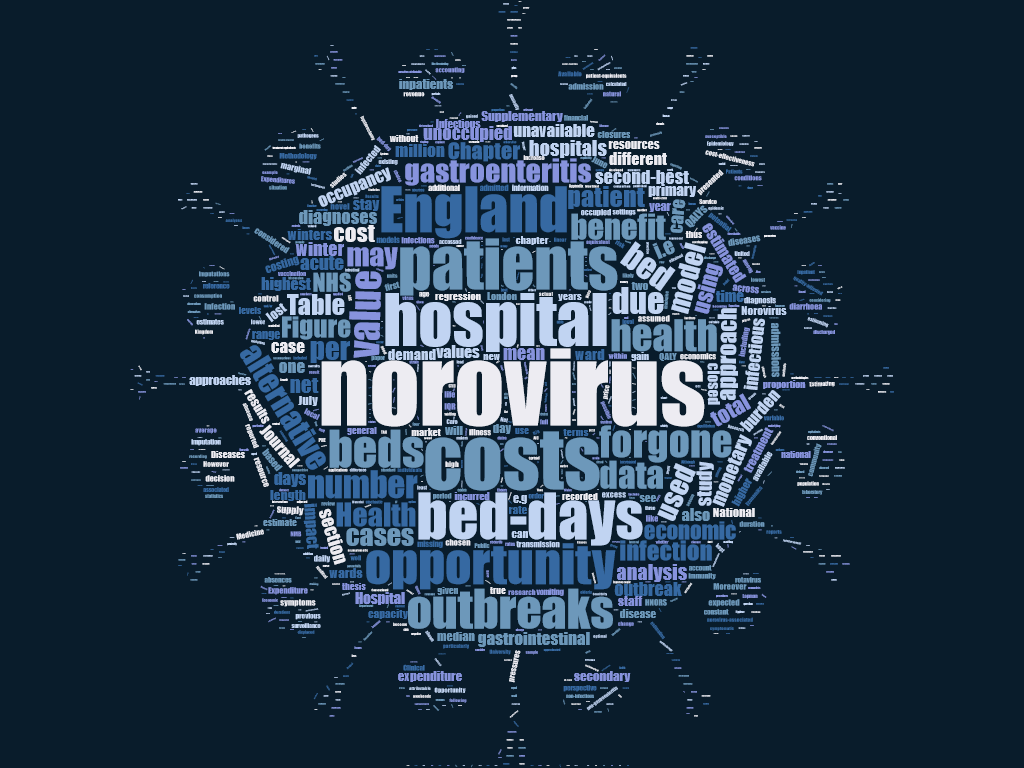 On the third Thursday of every month, we speak to a recent graduate about their thesis and their studies. This month’s guest is Dr Frank Sandmann who has a PhD from the London School of Hygiene & Tropical Medicine. If you would like to suggest a candidate for an upcoming Thesis Thursday, get in touch.

Do you refer to the ‘true’ cost because some costs are hidden in this context?

That’s a good observation. Economists use the term “true cost” as a synonym for “opportunity cost”, which can be defined as the net value of the forgone second-best use of a resource. The true value of a hospital bed is therefore determined by its second-best use, which may indeed be less easily observed and less obvious, or somewhat hidden.

In the context of infectious disease outbreaks in hospital, the most visible costs are the direct expenditures on treatments of infected cases and any measures of containment. However, they do not capture the full extent of the “alternative” costs and therefore cannot equal opportunity costs. Slightly less visible are the potential knock-on effects for visitors to the hospital who, unbeknown to them, may get infected and contribute to sustained transmission in the community. Least seen are the externalities borne by patients who have not been admitted so far but who are awaiting admission, and for whom there is no space in hospital yet due to the ongoing outbreak.

In my thesis, I provided a general overview of the historical development of the concept of opportunity costs of resources before I looked in detail at bed-days and the application for hospitals.

How should the opportunity cost of hospital stays be determined?

That depends on for whom you want to determine these costs.

For individual patients, it depends on the very subjective decision of how else they would spend their time instead, and how urgent it is to receive hospital care.

From the perspective of hospital administrators, it is straightforward to calculate the opportunity costs based on the revenues and expenditures of the inpatients, their length of stays, and the existing demand of care from the community. This is quite important because whether there are opportunity costs from forgone admissions will depend on whether there are other patients actually waiting to be admitted, which is somewhat reflected in occupancy rates and of course waiting lists.

Any other decision maker who is acting as an agent on behalf of a collective group or the public should look into the forgone health impact of patients who cannot be admitted when the beds are unavailable to them. In my thesis, I proposed a method for quantifying the opportunity costs of bed-days with the net benefit of the second-best patients forgone, which I illustrated with the example of norovirus-associated gastroenteritis.

How important are differences in methods for costing in the context of gastroenteritis and norovirus?

The results can differ quite substantially when using different costing methods. Norovirus is an ideal illness to illustrate this issue given that otherwise healthy people with gastrointestinal symptoms and no further comorbidities or complications shouldn’t be admitted to hospital in order to minimise the risk of an outbreak. Patients with norovirus are therefore often not the patient group that is benefitting the most from a hospital stay.

In one of the studies of my PhD, I was able to show that the annual burden of norovirus in public hospitals in England amounts to a mean £110 million using conventional costing methods, while the opportunity costs were two-to-three times higher of up to £300 million.

This means that there is the potential for a situation where an intervention is disadvantaged when using conventional methods for costing and ignoring the opportunity costs. When evaluating such an intervention against established decision rules of cost-effectiveness, this may lead to an incorrect decision.

What were some of the key challenges that you encountered in estimating the cost of norovirus to hospitals, and how did you overcome them?

There were at least four key challenges:

First was the number of admissions. Many inpatients with norovirus won’t get recorded as such if they haven’t been laboratory-confirmed. That is why I regressed national inpatient episodes of gastroenteritis against laboratory surveillance reports for ten different gastrointestinal pathogens to estimate the norovirus-attributable proportion.

Second was the number of bed-days used by inpatients that were infected with norovirus during their hospital stay. Using their total length of stay, or some form of propensity matching, suffers from time-dependent biases and overestimates the number of bed-days. Instead, I used a multi-state model and patient-level data from a local hospital.

Third was the bed-days that were left unoccupied for infection control. One of the datasets tracked them mandatorily for acute hospitals during winters, while another surveillance system was voluntary, but recorded outbreaks throughout the year. For a more accurate estimate, I compared both datasets with each other to explore their potential overlap.

Fourth was the forgone health of alternative admissions who had otherwise occupied the beds. I had to make assumptions about the disease progression with and without hospital treatment, for which I used health-state utilities that accounted for age, sex, and the primary medical condition.

If you could have wished for one additional set of data that wasn’t available, what would it have been?

I have been very fortunate to work with a number of colleagues at Public Health England and University College London who provided me with much of the epidemiological data that I needed. My research could have benefitted though from a dataset that tracked the time of infection for a larger patient population and for longer observation periods, and a dataset that included more robust estimates for the health gain from hospital care.

If I could make a wish about the existing datasets on norovirus that I have used, I would wish for a higher rate of reporting given that it became clear from our comparison of datasets that there is a highly-correlated trend, but the number of outbreaks reported and the details of reporting leave room for improvement. Another wish of mine for daily reporting of bed-days during winter became reality only recently; during my PhD, I had to impute missing values that were non-randomly missing at weekends and over the Christmas period. This was changed in winter 2016, and I have recently shown that the mean of our lowest-to-highest imputation scenarios is surprisingly close to the daily number of bed-days recorded since then.

Parts of your thesis are made up of journal articles that you published before submission. Was this always your intention and how did you find the experience?

I always wanted to publish parts of my thesis in separate journal articles as I believe this to be a great chance to reach different audiences. That is because my theoretical research on opportunity costs may be of broader interest than just to those who work on norovirus or bed-days given that my findings are generalisable to other diseases as well as other resources. At the same time, others may be more interested in my results for norovirus, and still others in my application of the various statistical, economic, and mathematical modelling techniques.

After all, I honestly suspect that some people may place a higher value on their next-best alternative use of time than reading my thesis from cover to cover.

Writing up my thoughts early on also helped me refine them, and the peer-review process was a great opportunity to get some additional feedback. It did require good time management skills though to keep coming back to previous studies to address the peer-reviewers’ comments while I was already busy working on the next studies.

All in all, I can recommend others to consider it and, looking back, I’d do it again this way.