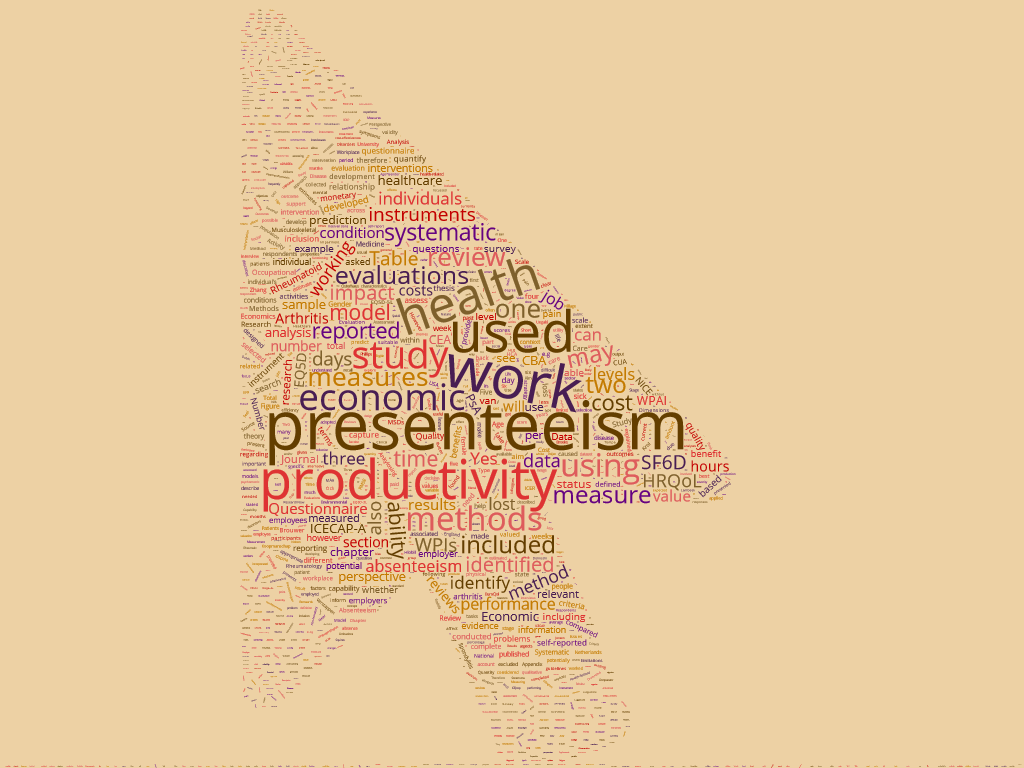 On the third Thursday of every month, we speak to a recent graduate about their thesis and their studies. This month’s guest is Dr Cheryl Jones who has a PhD from the University of Manchester. If you would like to suggest a candidate for an upcoming Thesis Thursday, get in touch.

What attracted you to studying health-related presenteeism?

I was attracted to study presenteeism because it gave me a chance to address both normative and positive issues. Presenteeism, a concept related to productivity, is a controversial topic in the economic evaluation of healthcare technologies and is currently excluded from health economic evaluations, following the recommendation made by the NICE reference case. The reasons why productivity is excluded from economic evaluations are important and valid, however, there are some circumstances where excluding productivity is difficult to defend. Presenteeism offered an opportunity for me to explore and question the social value judgements that underpin economic evaluation methods with respect to productivity. In terms of positive issues related to presenteeism, research into the development of methods that can be used to measure and value presenteeism was (and still is) limited. This provided an opportunity to think creatively about the types of methods we could use, both quantitative and qualitative, to address and further methods for quantifying presenteeism.

Are existing tools adequate for measuring and valuing presenteeism in inflammatory arthritic conditions?

That is the question! Research into methods that can be used to quantify presenteeism is still in its infancy. Presenteeism is difficult to measure accurately because there are a lack of objective measures that can be used, for example, the number of cars assembled per day. As a consequence, many methods rely on self-report surveys, which tend to suffer from bias, such as reporting or recall bias. Methods that have been used to value presenteeism have largely focused on valuing presenteeism as a cost using the human capital approach (HCA: volume of presenteeism multiplied by a monetary factor). The monetary factor typically used to convert the volume of presenteeism into a cost value is wages. Valuing productivity using wages risks taking account of discriminatory factors that are associated with wages, such as age. There are also economic arguments that question whether the value of the wage truly reflects the value of productivity. My PhD focused on developing a method that values presenteeism as a non-monetary benefit, thereby avoiding the need to value it as a cost using wages. Overall, methods to measure and value presenteeism still have some way to go before a ‘gold standard’ can be established, however, there are many experts from many disciplines who are working to improve these methods.

Why was it important to conduct qualitative interviews as part of your research?

The quantitative component of my PhD was to develop an algorithm, using mapping methods, that links presenteeism with health status and capability measures. A study by Connolly et al. recommend conducting qualitative interviews to provide some evidence of face/content validity to establish whether a quantitative link between two measures (or concepts) is feasible and potentially valid. The qualitative study I conducted was designed to understand the extent to which the EQ-5D-5L, SF6D and ICECAP-C were able to capture those aspects of rheumatic conditions that negatively impact presenteeism. The results suggested that all three measures were able to capture those important aspects of rheumatic conditions that affect presenteeism; however, the results indicated that the SF6D would most likely be the most appropriate measure. The results from the quantitative mapping study identified the SF6D as the most suitable outcome measure able to predict presenteeism in working populations with rheumatic conditions. The advantage of the qualitative results was that it provided some evidence that explained why the SF6D was the more suitable measure rather than relying on speculation.

Is it feasible to predict presenteeism using outcome measures within economic evaluation?

What would be your key recommendation to a researcher hoping to capture the impact of an intervention on presenteeism?

Due to the lack of a ‘gold standard’ method for capturing the impact of presenteeism, I would recommend that the researcher reports and justifies their selection of the following:

Because there is no ‘gold standard’ method for measuring and valuing presenteeism and guidelines do not exist to inform the reporting of methods used to quantify presenteeism, it is important that the researcher reports and justifies their selection of methods used in their analysis.