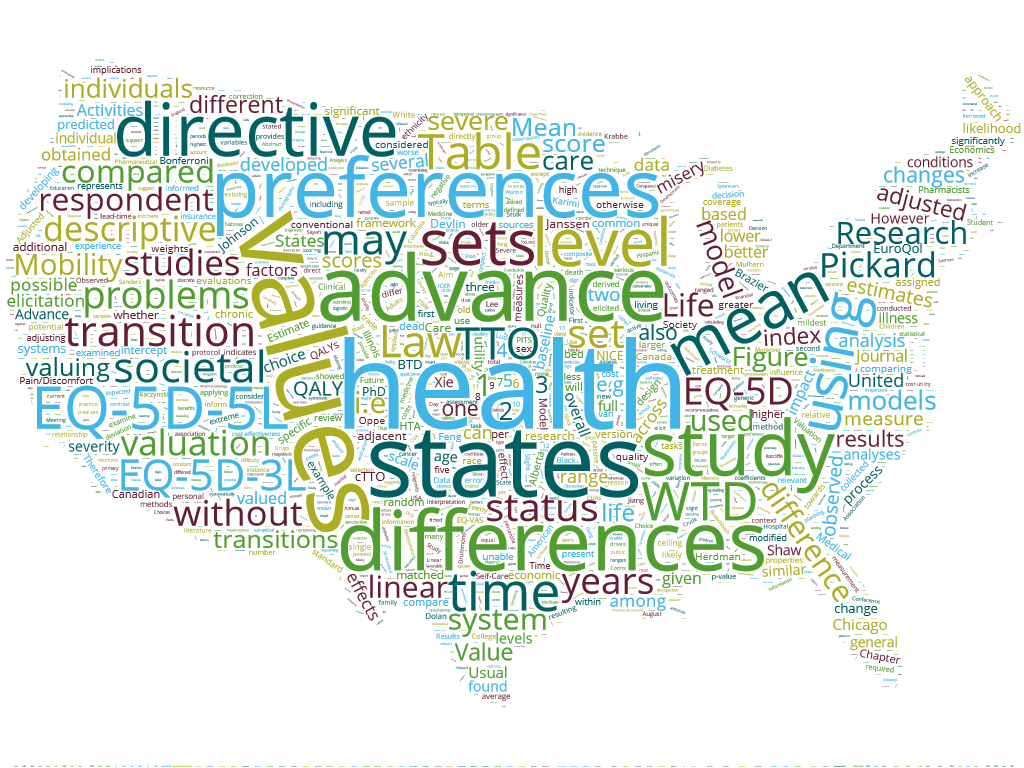 On the third Thursday of every month, we speak to a recent graduate about their thesis and their studies. This month’s guest is Dr Ernest Law who has a PhD from the University of Illinois at Chicago. If you would like to suggest a candidate for an upcoming Thesis Thursday, get in touch.

How did you come to study EQ-5D valuation methods, and why are they important?

I came across health preferences research after beginning my studies at UIC with my thesis supervisor, Prof. Simon Pickard. Before this, I was a clinical pharmacist who spent a lot of time helping patients and their families navigate the trade-offs between the benefits and harms of pharmacotherapy. So, when I was introduced to a set of methods that seeks to quantify such trade-offs, I was quickly captivated and set on a path to understanding more. I continued on to expand my interests in valuation methods pertinent to health-system decision-making. Naturally, I collided with societal health state value sets – important tools developed from generic preference-based measures, such as the EQ-5D.

During my studies at UIC, our group received a grant (PI: Simon Pickard) from the EuroQol Research Foundation to develop the United States EQ-5D-5L value set. While developing the study protocol, we built in additional data elements (e.g., EQ-5D-3L valuation tasks, advance directive status) that would help answer important questions in explaining variation in value sets. By understanding these sources of variation, we could inform researchers and policymakers alike on the development and application of EQ-5D value sets.

What does your thesis add to the debate about EQ-5D-3L and -5L value sets?

As a self-reported measure, the literature appears reasonably clear regarding the 5L’s advantages over the 3L: reduced ceiling effects, more unique self-reported health states, and improved discriminatory power. However, less was known on how differences in descriptive systems impact direct valuations.

Previous comparisons focused on differences in index scores and QALYs generated from existing value sets. But these value sets differed in substantive ways: preferences from different respondents, in different time periods, from different geographic locations, using different study protocols. This makes it difficult to isolate the differences due to the descriptive system.

In our study, we asked respondents in the US EQ-5D valuation study to complete time trade-off tasks for 3L and 5L health states. By doing so, we were able to hold many of the aforementioned factors constant except the valued health state. From a research perspective, we provide strong evidence on how even small changes in the descriptive system can have a profound impact on the valuations. From a policy perspective, and an HTA agency deciding specifically between the 3L and 5L, we’ve provided critical insight into the kind of value set one might expect to obtain using either descriptive system.

Why are health state valuations by people with advance directives particularly interesting?

The interminable debate over “whose preferences” should be captured when obtaining preferences for the purposes of generating QALYs is well-known among health outcomes researchers and policy-makers. Two camps typically emerge, those that argue for capturing preferences from the general population and those that argue for patients to be the primary source. The supporting arguments for both sides have been well-documented. One additional approach has recently emerged which may reconcile some of the differences by using informed preferences. Guidance from influential groups in the US, such as the First and Second Panels of Cost-Effectiveness in Health and Medicine have also maintained that “the best articulation of a society’s preferences… would be gathered from a representative sample of fully informed members”.

Is there evidence that value sets should be updated over time?

We sought to address this literature gap by using respondent-level data from the US EQ-5D-3L study that collected TTO values in 2002 and from our EQ-5D-5L study, which also collected 3L TTO values in 2017. However there were inherent challenges with using these data collected so many years apart: demographics shift, new methods and modes of administration are implemented, etc.

So, we attempted to account for what was possible by controlling for respondent characteristics and restricting health state values to those obtained using the same preference elicitation technique (i.e., conventional TTO). We found that values in 2017 were modestly higher, implying that the average adult in the US in 2017 was less willing to trade time for quality of life than in 2002, i.e. 6 months over a 10-year time-horizon. Our research suggests that time-specific differences in societal preferences exist and that the time period in which values were elicited may be an important factor to consider when selecting or applying a value set.

Based on your research, do you have any recommendations for future valuation studies?

I would encourage researchers conducting future valuation studies, particularly societal value sets, to consider some of the following:

1) Consider building in small but powerful methodological sub-aims into your study. Of course, you must balance resource constraints, data quality, and respondent burden against such add-ons, but a balance can be struck!

2) Pay attention to important developments in the population being sampled; for example, we incorporated advance directives because it is becoming an important topic in the US healthcare debate, in addition to contributing to the discussion surrounding informed preferences.

3) Take a close look at the most commonly utilized health state values sets representing your health-system/target population. Is it possible that existing value sets are “outdated”? If so, a proposal to update this value set might fill a very important need. While you’re at it, consider an analysis to compare current and previous values. The evidence is scarce (and difficult to study!) so it’s important to continue building evidence that can inform the broader scientific and HTA community as to the role that time plays in changes to societal preferences.