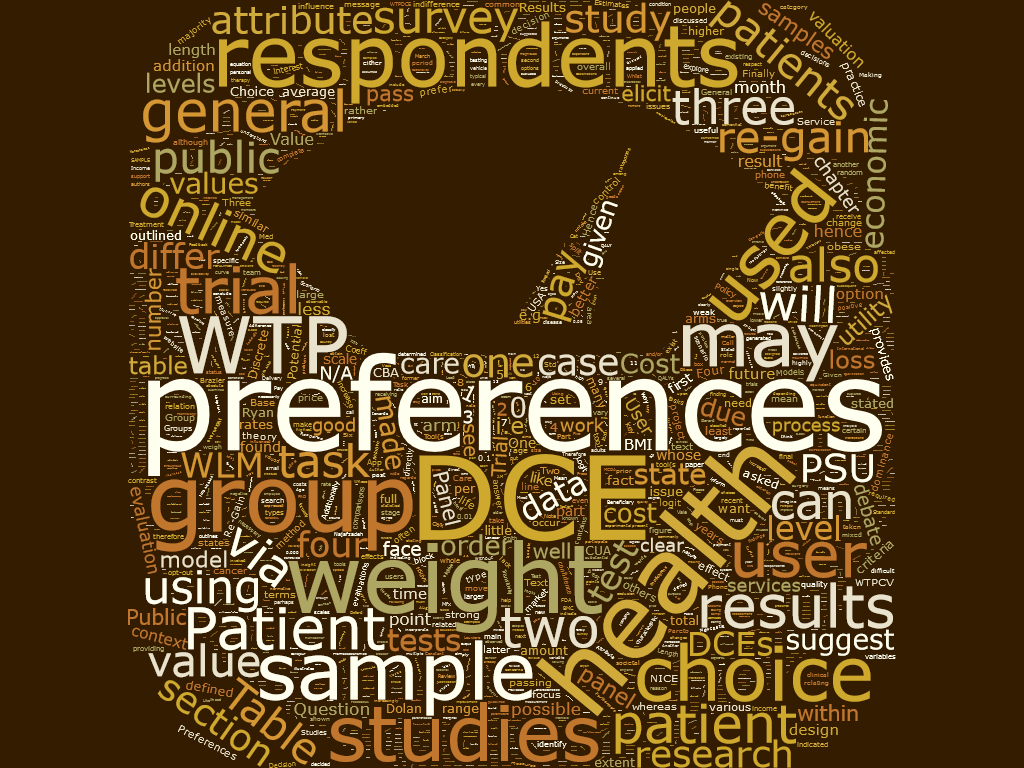 On the third Thursday of every month, we speak to a recent graduate about their thesis and their studies. This month’s guest is Dr David Mott who has a PhD from Newcastle University. If you would like to suggest a candidate for an upcoming Thesis Thursday, get in touch.

Why is it important to understand variation in people’s preferences?

It’s not all that surprising that people’s preferences for health care interventions vary, but we don’t have a great understanding of what might drive these differences. Increasingly, preference information is being used to support regulatory decisions and, to a lesser but increasing extent, health technology assessments. It could be the case that certain subgroups of individuals would not accept the risks associated with a particular health care intervention, whereas others would. Therefore, identifying differences in preferences is important. However, it’s also useful to try to understand why this heterogeneity might occur in the first place.

The debate on whose preferences to elicit for health state valuation has traditionally focused on those with experience (e.g. patients) and those without (e.g. the general population). Though this dichotomy is problematic; it has been shown that health state utilities systematically differ between these two groups, presumably due to the difference in relative experience. My project aimed to explore whether experience also affects people’s preferences for health care interventions.

How did you identify different groups of people, whose preferences might differ?

The initial plan for the project was to elicit preferences for a health care intervention from general population and patient samples. However, after reviewing the literature, it seemed highly unlikely that anyone would advocate for preferences for treatments to be elicited from general population samples. It has long been suggested that discrete choice experiments (DCEs) could be used to incorporate patient preferences into decision-making, and it turned out that patients were the focus of the majority of the DCE studies that I reviewed. Given this, I took a more granular approach in my empirical work.

We recruited a very experienced group of ‘service users’ from a randomised controlled trial (RCT). In this case, it was a novel weight loss maintenance intervention aimed at helping obese adults that had lost at least 5% of their overall weight to maintain their weight loss. We also recruited an additional three groups from an online panel. The first group were ‘potential service users’ – those that met the trial criteria but could not have experienced the intervention. The second group were ‘potential beneficiaries’ – those that were obese or overweight and did not meet the trial criteria. The final group were ‘non-users’ – those with a normal BMI.

What can your study tell us about preferences in the context of a weight loss maintenance intervention?

The empirical part of my study involved a DCE and an open-ended contingent valuation (CV) task. The DCE was focused on the delivery of the trial intervention, which was a technology-assisted behavioural intervention. It had a number of different components but, briefly, it involved participants weighing themselves regularly on a set of ‘smart scales’, which enabled the trial team to access and monitor the data. Participants received text messages from the trial team with feedback, reminders to weigh themselves (if necessary), and links to online tools and content to support the maintenance of their weight loss.

The DCE results suggested that preferences for the various components of the intervention varied significantly between individuals and between the different groups – and not all were important. In contrast, the efficacy and cost attributes were important across the board. The CV results suggested that a very significant proportion of individuals would be willing to pay for an effective intervention (i.e. that avoided weight regain), with very few respondents expressing a willingness to pay for an intervention that led to more than 10-20% weight regain.

Do alternative methods for preference elicitation provide a consistent picture of variation in preferences?

Existing evidence suggests that willingness to pay (WTP) estimates from CV tasks might differ from those derived from DCE data, but there aren’t a lot of empirical studies on this in health. Comparisons were planned in my study, but the approach taken in the end was suboptimal and ultimately inconclusive. The original plan was to obtain WTP estimates for an entire WLM intervention using the DCE and to compare this with the estimates from the CV task. Due to data limitations, it wasn’t possible to make this comparison. However, the CV task was a bit unusual because we asked for respondents’ WTP at various different efficacy levels. So instead the comparison made was between average WTP values for a percentage point of weight re-gain. The differences were statistically insignificant.

Are some people’s preferences ‘better defined’ than others’?

We hypothesised that those with experience of the trial intervention would have ‘better defined’ preferences. To explore this, we compared the data quality across the different user groups. From a quick glance at the DCE results, it is pretty clear that the data were much better for the most experienced group; the coefficients were larger, and a much higher proportion was statistically significant. However, more interestingly, we found that the most experienced group were 23% more likely to have passed all of the rationality tests that were embedded in the DCE. Therefore, if you accept that better quality data is an indicator of ‘better defined’ preferences, then the data do seem reasonably supportive of the hypothesis. That being said, there were no significant differences between the other three groups, begging the question: was it the difference in experience, or some other difference between RCT participants and online panel respondents?

What does your research imply for the use of preferences in resource allocation decisions?

While there are still many unanswered questions, and there is always a need for further research, the results from my PhD project suggest that preferences for health care interventions can differ significantly between respondents with differing levels of experience. Had my project been applied to a more clinical intervention that is harder for an average person to imagine experiencing, I would expect the differences to have been much larger. I’d love to see more research in this area in future, especially in the context of benefit-risk trade-offs.

The key message is that the level of experience of the participants matters. It is quite reasonable to believe that a preference study focusing on a particular subgroup of patients will not be generalisable to the broader patient population. As preference data, typically elicited from patients, is increasingly being used in decision-making – which is great – it is becoming increasingly important for researchers to make sure that their respondent samples are appropriate to support the decisions that are being made.