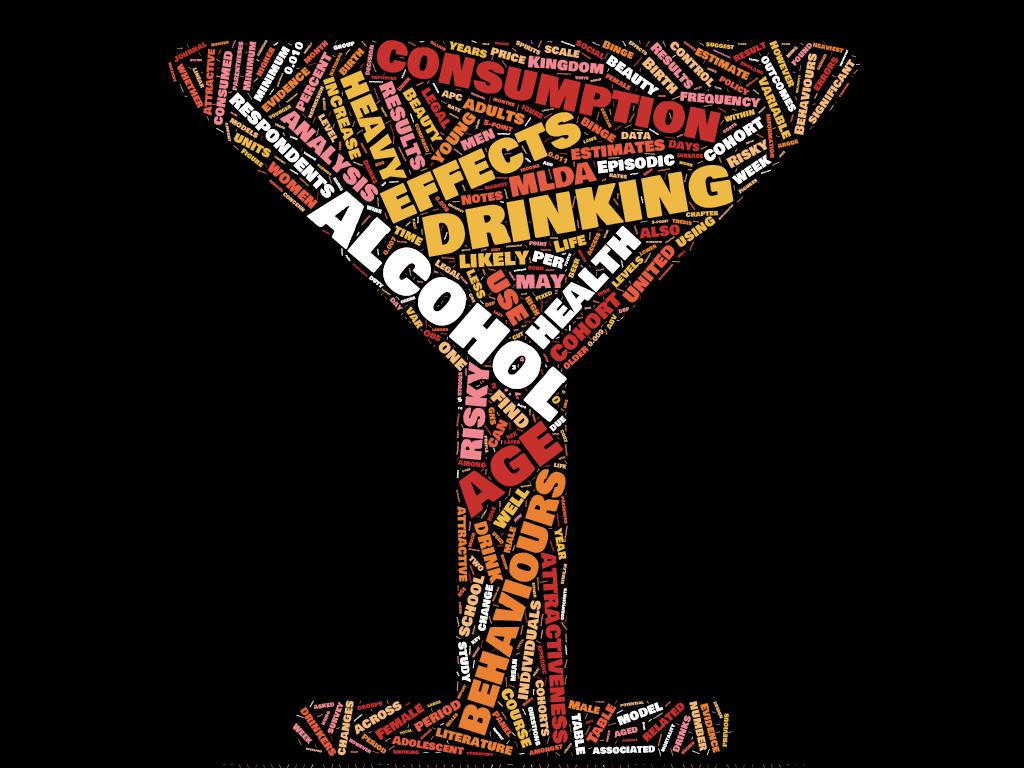 On the third Thursday of every month, we speak to a recent graduate about their thesis and their studies. This month’s guest is Dr Luke Wilson who has a PhD from Lancaster University. If you would like to suggest a candidate for an upcoming Thesis Thursday, get in touch.

What inspired your research and how did ‘attractiveness’ enter the picture?

Without trying to sound like I have a problem, I find the subject of alcohol fascinating. The history of it, how it is perceived in society, how our behaviours around it have changed over time, not to mention it tastes pretty damn good!

Our attitude to alcohol is fascinating and diverse. Over 6.5 million people have visited Munich in the last month alone to attend the world’s largest beer festival Oktoberfest, drinking more than 7.3 million litres of beer. However, 2020 will be the 100-year anniversary of the introduction of prohibition in the United States. Throughout history, alcohol consumption has been portrayed as both a positive and negative commodity in society.

For my thesis, I wanted to understand individuals’ current attitudes to drinking alcohol; whether they are affected by legal restrictions such as being constrained by the minimum legal drinking age of 18 in the UK, whether their attitudes have changed over their life course, and how alcohol fits among a wider variety of risky behaviours such as smoking and illicit drug use.

As for how did ‘attractiveness’ enter the picture, I was searching for datasets that allow for longitudinal analysis, as well as contain information on risky behaviours, and I stumbled upon the data that asked the interviewers to rate the attractiveness of the respondent. My first thought was what a barbaric question to ask, but I quickly realised that the question is used a lot in determining the ‘beauty premia’ in the labour market. However, nobody has examined how these ‘beauty premia’ might come into effect while still at school.

Are people perceived to be more attractive at an advantage or a disadvantage in this context?

The current literature provides a compelling view that there are sizeable labour market returns to attractiveness in the United States (Fletcher, 2009; Stinebrickener et al., 2019). What is not well understood, and where our research fits in, is how physical attractiveness influences earlier, consequential, decisions. The previous literature seeks to provide, in essence, the effect of attractiveness on labour market outcomes conditional on individual characteristics, both demographic and ‘pre-market’. However, attractiveness is also likely to change both the opportunities and costs of a variety of behaviours during adolescence.

Exploiting the interviewer variations in ratings of attractiveness, we found that attractiveness of adolescents has marked effects on a range of risky behaviours. For instance, more attractive teens are less likely to smoke than teens of average or than lower attractiveness teens. However, attractiveness is associated with higher teen alcohol consumption. Attractive females, in particular, are substantially more likely to have consumed alcohol in the past twelve months, than those of or below average attractiveness.

How did you model the role of the minimum legal drinking age in the UK?

I was highly unoriginal and estimated the effect of the minimum legal drinking age in the UK using a regression discontinuity design approach, like that of Carpenter and Dobkin (2009). I jest but it is one of the most effective ways to estimate a causal effect of a particular law/policy that is triggered by age, especially for the UK which has not changed its legal drinking age.

Where our research deviates is that we focus on the law itself and analyse how an individual’s consumption of alcohol in a particular school year may differ at the cut-off (aged 18). For example, do those born in September purchase alcohol for themselves and their younger friends or do we all adhere to the laws that govern us and wait patiently…

The short answer is yes! Evidence from multiple British surveys shows a consistent pattern over 10-15 years of reduced participation in drinking, reduced consumption levels among drinkers, reduced prevalence of drunkenness, and less positive attitudes towards alcohol in young adults aged 16 to 24.

Friends of mine at the University of Sheffield (Oldham et al., 2018) have sought to unravel the decline in youth drinking further and find evidence that younger drinkers are consuming alcohol less often and in smaller quantities. They find that, among those who were drinkers, the percentage of 16-24 year-olds who drank in the last week fell from 76% to 60% between 2002 and 2016, while for 11-15 year-olds it fell from 35% to 19%. Additionally, alongside declines in youth drinking, the proportion of young adults who had ever tried smoking fell from 43% in 1998 to 17% in 2016.

While we are witnessing this decline, the jury is still out as to why it is happening. Explanations so far include that increases in internet use (social media) and online gaming are changing the way young people spend their leisure time. Additionally, economic factors may play a role, such as the increase in the cost of alcohol, as well as the increase in tuition fees and housing costs meaning that young adults have less disposable income.

What were some of the key methodological challenges you faced in your research?

The largest methodological problem I faced throughout my PhD was finding suitable data to examine the effect of the minimum legal drinking age in the setting of the UK. One of the key underlying components in a regression discontinuity design is the running variable. The running variable I use is age in months of the respondents, which is calculated using the date in which the survey interview took place as well as the month and year of birth of the respondent. Unfortunately, due to issues with data being disclosive, it is very difficult to obtain data that have these variables as well as suitable questions regarding alcohol consumption. Luckily, the General Household Survey (Special Licence version) had the variables I needed to conduct the analysis, albeit only between 1998 and 2007.

How might your research inform policymakers seeking to discourage risky behaviours?

Definitely a difficult question to answer, especially given that one of my chapters uses interviewer variations in ratings of attractiveness of the respondents, so I have stayed well clear from drawing individual policy recommendations from that chapter. That said, these results are important for a number of interrelated reasons. Previous labour market research demonstrates marked effects of attractiveness. My results suggest that important pre-market effects of attractiveness on individual behaviour are likely to be consequential for both labour market performance and important pre-market investments. In this sense, the findings suggest that physical attractiveness provides another avenue for understanding non-cognitive traits that are important in child and adolescent development and carry lifetime consequences.

The chapter on the minimum legal drinking age provides intriguing results regarding the effectiveness of policies that impose limits on ‘consumption’ through age-restrictive policies; whether they are enough on their own or merely delay consumption. This is especially relevant given that there is currently a discussion about increasing the minimum legal tobacco purchasing age to 21 and increasing the age in which you can buy a national lottery ticket from age 16 to 18 in the UK.