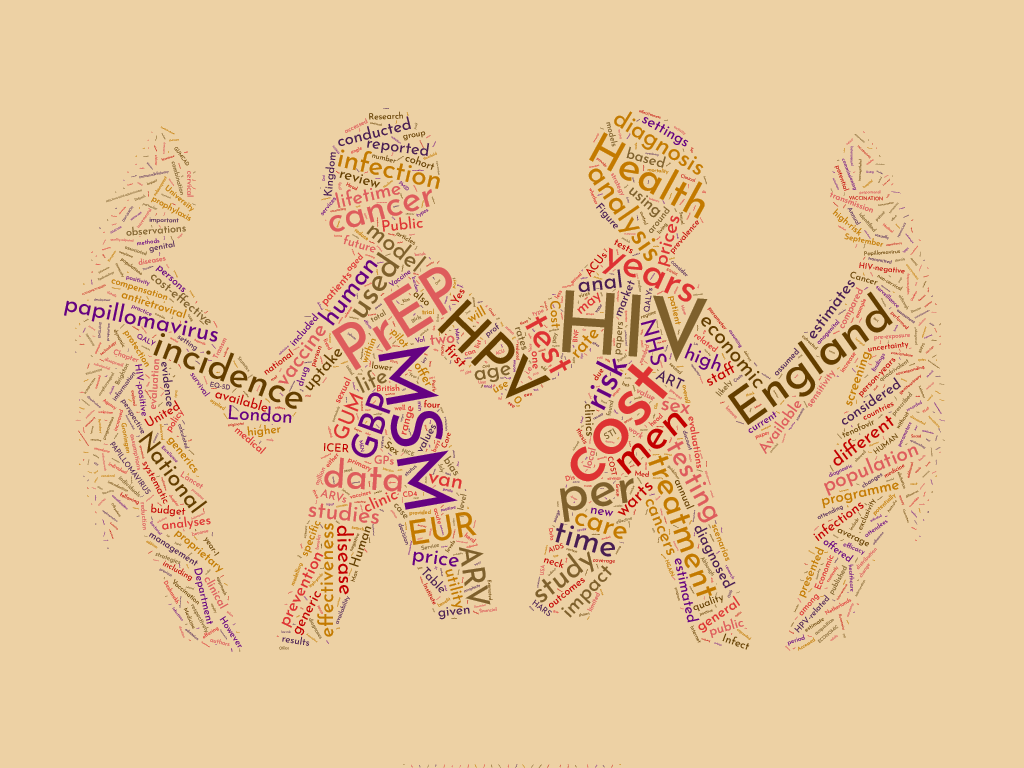 On the third Thursday of every month, we speak to a recent graduate about their thesis and their studies. This month’s guest is Dr Koh Jun Ong who has a PhD from the University of Groningen. If you would like to suggest a candidate for an upcoming Thesis Thursday, get in touch.

Which public health programmes did you consider in your research?

The first two of the three involved primary infectious disease prevention among men who have sex with men (MSM), and both of these programmes were to be delivered via sexual health clinics in England (commonly known as genitourinary medicine, GUM, clinics).

Was it necessary to develop complex mathematical models?

It depends on the policy research question. A dynamic model was used for the HPV vaccination research question, which captures the ecological externality that vaccination provides by reducing transmission to non-vaccinees. A dynamic model was used because this programme would likely reach a high proportion of MSM who attend GUM clinics in England, and therefore the subsequent knock-on impact of disease transmission in the population was likely to be substantial.

The policy research question was different for PrEP and a static model was more suitable since the objective was to advise NHS England on whether and how such a programme, with relatively small numbers of patients over an initial time-limited period, may represent value for money in England. We first considered a public health control programme, with promising new efficacy data from the 500-person PrEP pilot study (the UK-based PROUD trial) and additional information from per protocol participants in the earlier iPrEx study. The initial consideration was to maintain the preventative effect of a drug that needs to be taken on a daily basis (compared with near one-off HPV vaccination – three doses in total delivered within a year’s time). Regular monitoring of STI and patient’s renal function meant there were clinical service capacity issue to consider, which was likely to limit access initially. Thus, a static model that did not take into account transmission was used.

However, dynamic modelling would be useful to inform policy decisions as PrEP usage expands. Firstly, because it would then be important to capture the indirect effect on infection transmission. Secondly, because when the force of infection begins to fall as incidence declines, dynamic modelling will inform future delivery of a programme that maintains its value. These represent important areas for future research.

Finally, the model designed for the research question on HIV screening was quite straightforward as its aim is primarily to advise local commissioners on financial implications of offering routine screening in their local area, which is dependent on local clinical resources and local disease prevalence.

Did you draw any important conclusions from your literature reviews?

In relation to the first review, most economic models of HPV-related interventions selected economic parameters in a pretty ad hoc way, without reviewing the entirety of the literature. We found substantial variations in cost and utility estimates for all diseases considered in our systematic review, wherever there were more than one publication. These variations in value estimates could result from the differences in cancer site, disease stages, study population, treatment pathway/settings, treatment country and utility elicitation methods used. It would be important for future models to be transparent about parameter sources and assumptions, and to recognise that as patient disease management changes over time, there will be corresponding effects on both cost and utility, necessitating future updates to the estimates. These must be considered when applied to future economic evaluations, to ensure that assumptions are up-to-date and closely reflect the case mix of patients being evaluated.

In relation to the second review, despite limited models, different modelling approaches and assumptions, a general theme from these studies reveal modelling outcomes to be most sensitive to assumptions around vaccine efficacy and price. Future studies could consider synchronising parameter assumptions to test outputs generated by different models.

What can your research tell us about the ‘cost-effective but unaffordable’ paradox?

A key finding and concluding remark of this thesis was that “findings around cost-effectiveness should not be considered independently of budget impact and affordability considerations, as the two are interlinked”. Ultimately, cost-effectiveness is linked to the budget and, in an ideal world, a cost-effectiveness threshold should correspond to the opportunity cost of replacing least cost-effective care at the margin of the whole healthcare budget spend. This willingness to pay threshold should be linked to the amount of budgetary resources an intervention displaces. After all, the concept of opportunity cost in a fixed budget setting means that decisions to invest in something translates to funding being displaced elsewhere.

Since most health economies do not have unlimited resources, even if investment in a new intervention gives high returns and therefore is worthwhile from a value for money perspective, without the necessary resources it cannot always be afforded despite its high return on investment. Having a limited budget means that funding an expensive new intervention may mean moving funding away from existing services, which may be more cost-effective than the new intervention. Hence, the services from which funds are moved from will lose out, and this may leave society worse-off.

A simple analogy may be that buying a property that guarantees return over a defined period is worthwhile, but if I cannot afford it in the first place, is this still an option?

This was clearly demonstrated in the PrEP example, where despite potential to be cost-effective, the high cost of the intervention at list price carried with it a very high budget impact. The size of the population needed to be given PrEP to achieve substantial public health benefits is large, which meant that a public health programme could pose an affordability challenge to the national health care system.

Based on your findings, how might HIV and HPV prevention strategies be made more cost-effective?

The most obvious way to improve cost-effectiveness is to optimise the population covered. For example, we know that HIV risk, as measured by HIV incidence, is higher among GUM-attending MSM. Therefore, delivering a PrEP programme to this population (at least in the initial phase until the intervention becomes more affordable) will likely result in a higher number of new HIV infections prevented. Similarly, HIV screening offered to areas with high local prevalence would likely give a higher number of new diagnoses.

The other important factor to consider around cost-effectiveness is the comparator price on which the technology appraisal is based. In the chapter on estimating HIV care cost in England, we demonstrated that with imminent availability of generic antiretrovirals, the lifetime care cost for a person living with HIV will reduce substantially. This reduced cost, representing cost of care with existing intervention, should be used as comparator for newer HIV interventions, as they would represent what society will be paying in the absence of the new interventions, allowing corresponding reduced price expectations for new interventions to ensure cost-effectiveness is maintained.

How did you find the experience of completing your thesis by publication?

It was brilliant! I must acknowledge all the contributions from my supervisors and co-authors in making this possible and for the very positive experience of this process. A major advantage of doing a PhD by publication is that the work conducted was regularly peer-reviewed, hence providing an extra check of the robustness of the analyses. And also the fact that these works are out for public consumption almost immediately, making the science available for other researchers to consider and to move the science to the next stage.