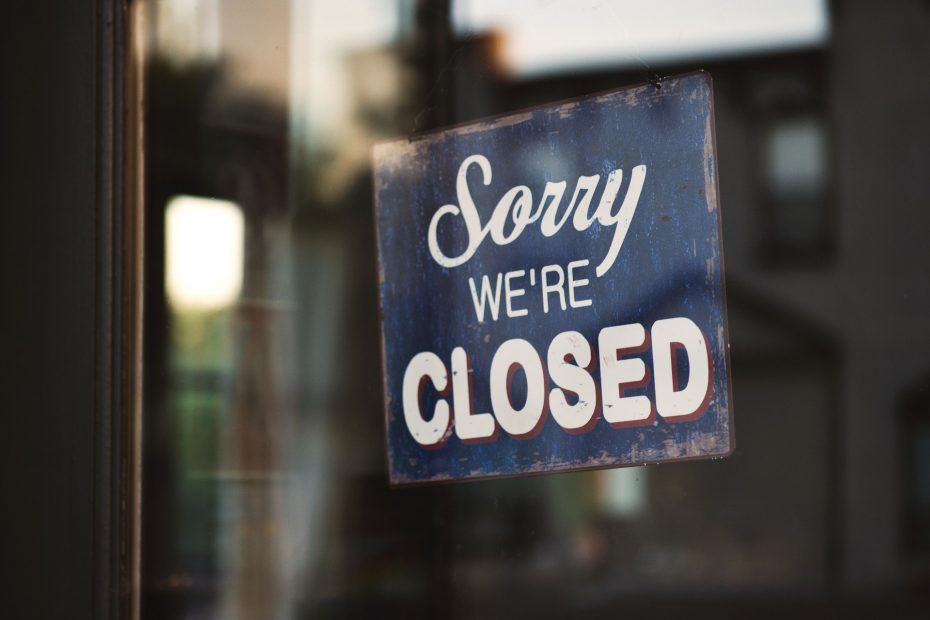 Many economists expressed disbelief after glancing at recent economic statistics. Since the arrival of the virus and the subsequent lockdowns we have observed a never-before-seen decline in production and consumption. In the UK alone, millions of jobs are at risk immediately. The IMF estimated that, for the UK, the expected economic growth this year will turn into a contraction of 6.5%. It was only the day after the presentation of this forecast when Kristalina Georgieva, the director of the IMF, said that the predictions had been overly positive. Globally, it is predicted that many hundreds of millions of people will fall back below the poverty line. The bad news just doesn’t seem to stop.

The cure is worse than the disease

And what for? To keep a virus in check. A virus that will cause more death than a serious flu, but that does much less damage to health compared to other diseases like cancer or cardiovascular disease. Assuming an infection mortality risk of 1%, group immunity at 70% and 10 years of life lost per death, we arrive at an average loss of life expectancy of one month for the average UK person. This is in sharp contrast to, for example, the 2 to 3 years with which cancer shortens the life of the average UK person.

Some economists read these numbers and conclude that the lockdown has to end immediately. That is understandable at first. The costs per year of life saved are higher than we are willing to spend on regular care. The difference is at least a factor 2, and probably much more. If we weren’t prepared to make such sacrifices for an extra year of life before, why now?

The comparison is flawed. While we can lift the lockdown, we cannot return to normality. If we assume 25% of the UK population is at risk, then 17 million people belong to one of the risk groups. For them, the virus is usually not fatal, but not safe either. Many of these people are likely to adopt a risk-averse position. The risks for the rest of the population are limited. However, they too will likely be cautious, as almost all of them are in direct contact with people from the risk groups.

This raises the question to what extent the economic damage is caused by the lockdown or by the virus itself. The way to find out is to lift the lockdown in some regions and continue in others. Obviously, such an experiment will not be allowed because of the ethical aspects.

Fortunately, we can always rely on the United States. Some states are similar in many ways, and have a similar level of virus spread. However, from the start of the pandemic they differ profoundly in their policy.

Let’s consider, for example, the neighbouring states of Minnesota (with lockdown) and South Dakota (without lockdown), with fairly similar daily infection rates (356 and 516 per 100,000 residents, respectively). We see that both states have experienced a very rapid and large-scale drop in consumer demand of over 30% initially (see figure below). After that, spending recovered a bit, but the effect of the lockdown seems negligible.

Sweden is not doing better economically

There are no such nice comparisons to be made in Europe. The closest comparison can be made between the Scandinavian states. Denmark and Norway imposed a hard lockdown early in the process, while Sweden gave citizens more freedom. As a result, the growth of the economy in Denmark and Norway during the first weeks of the lockdown was smaller, which is reflected in the economic figures of the first quarter: growth of 0.3% and 0.2% respectively. Growth was 0.5% in Sweden.

However, the comparison of those first quarter figures paints a biased picture. After all, they only consider the effect of the first weeks of the crisis. Health economic research on earlier pandemics has already shown that inhibiting virus spread earlier is better for an economy than later. By only comparing the very beginning of the pandemic, readers are misled.

If we look at the economic expectations for Denmark and Sweden for 2020, we see that they do not differ (-5.9 and -6.1% respectively) [PDF]. This strong agreement is partly due to the nature of the small open economies, and partly to the current consumer spending of citizens in the various Scandinavian countries. The liberal Swedish approach has led to similar behaviour among citizens. Mobility data show that mobility in Stockholm has decreased by 70% compared to 85% in Copenhagen.

It therefore seems that lifting a lockdown may not help an economy much. Providing security probably does. We can achieve this safety either by vaccination or by eliminating the virus. Achieving group immunity by circulating the virus takes several years and may ultimately cost 335 to 670 thousand lives in the UK. Elimination of the virus requires a long and rigorous detection policy in order to reduce the number of infections as much as possible. This policy has been implemented in various countries such as Australia, Finland, Japan, and Norway.

Is consumer confidence returning upon virtual elimination of the virus? Not necessary, because elimination in the UK does not eradicate the virus worldwide, and some measures will still be necessary. Discretionary spending data from Australia indicates that confidence is returning. Data from AlphaBeta show that these expenditures fell 30% below the usual level at the start of the crisis. They stayed there for four weeks despite a period of stimulus measures. Consumer confidence recovered after mid-April, and spending in mid-May is still 3% from the pre-crisis period.

Comparison with reported cases data shows that this restoration of confidence followed shortly after the successful fight against the virus. Australia managed to contain the virus within a month, after a period of many hundreds of newly registered infections per day. In mid-April, the number of new infections dropped to a few dozen per day. In the period that followed, the daily variation in infections decreased and the number of new infections further decreased to only a few per day.

Although the UK economy has suffered an unprecedented blow over the past few months that coincided with the lockdown, it is not clear that the lockdown itself has had a major impact on the economy. To restore the economy, the UK should try to virtually eliminate the virus. In order to make that work economically, it should team up with its major trade partners.

Interesting piece. In terms of comparisons within Europe, did you think about comparing the Netherlands and Belgium? I know that the Netherlands’ lockdown has been less strict than the one in Belgium. I think of the two countries’ economies as roughly comparable, but I might be missing some key difference there.

Yes that is an interesting comparison. On the surface it appears Belgium has got much more Corona-related fatalities. However, when you compare excess mortality, most of the difference disappears. An immediate and convincing explanation for the remaining part is still lacking. This may also explain part of the slightly worse economic forecast for Belgium. In short, it’s too early for me to tell.

Thanks. That is interesting to know.