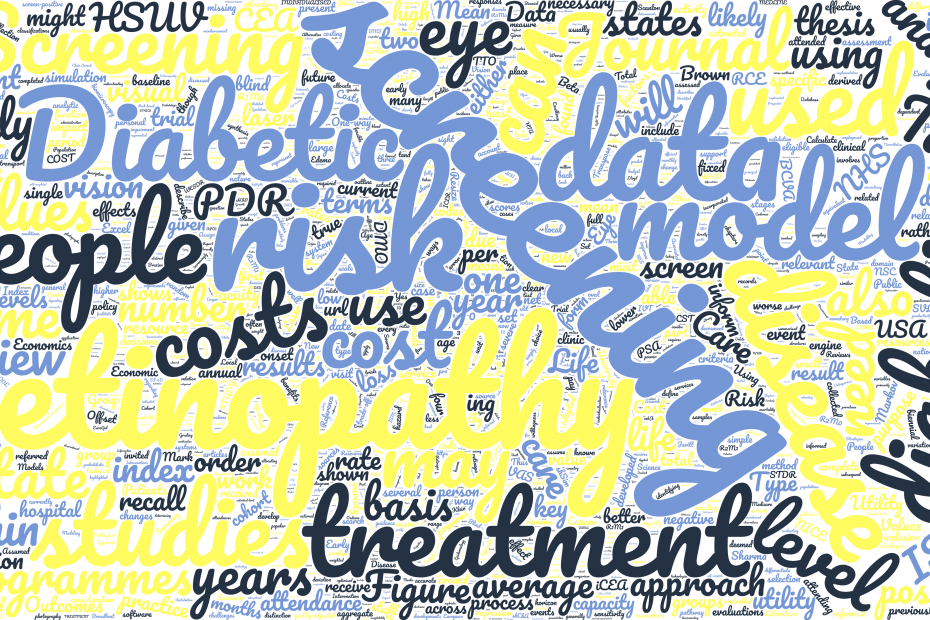 On the third Thursday of every month, we speak to a recent graduate about their thesis and their studies. This month’s guest is Dr Chris Sampson who has a PhD from the University of Nottingham. If you would like to suggest a candidate for an upcoming Thesis Thursday, get in touch.

Congratulations on finally finishing your PhD and thank you for acknowledging my ‘spiritual guidance’ in your thesis. First things first, why did it take so long – what were the main barriers?

Ouch! Well, it took me 8 years, which is definitely a long time. I was about a month shy of my final deadline as a part-time student. The most boring (and truest) answer is that I’m just not somebody who can easily internalise a sense of urgency. I was always the kid doing their homework on the bus to school. Just last week I submitted a conference paper on the minute of the deadline. Nobody was waiting for my thesis. In hindsight, it was always going to be pushed to the maximum duration.

I’ve also had a lot of (mostly interesting) distractions along the way. This blog being one of them. My research job being another. Any serious barriers were of my own construction.

Could you briefly explain why individualised risk-based screening might be a good thing and how it could work in the context of economic evaluation?

Everybody is different. The costs and outcomes of care vary from person to person, often in systematic and quantifiable ways. As such, being able to individualise care according to a person’s needs, rather than giving everybody the same treatment, should be better.

In some senses, there is a lot of waste in screening programmes. Or you might call it slack. All national screening programmes identify more people without disease than people with disease. So, for the majority of individuals, screening provides very little value. If we were able to differentiate screening programmes based on how likely we thought it was that an individual would screen positive, we could direct resources where there is value, improving outcomes and reducing resource use. We can use risk calculation engines to identify this risk level from routine data, without having to get a patient through the door.

I was very lucky in starting my PhD journey. Most people find an opportunity and then construct an idea to fit. Mine started with a eureka moment. As part of the study I was working on at the time, we relied on our patient involvement group to determine a risk threshold for screening based on acceptability. A risk of screening positive of less than 2.5% was acceptable. Naturally, I thought, ‘an optimised threshold would be better’. So off I went. I published the basics of my idea at the outset and it later morphed into what I called individualised cost-effectiveness analysis (iCEA).

What were the key issues you found with existing evidence relating to the model-based economic evaluation of diabetic retinopathy?

Perhaps any economist who spends almost a decade researching a particular clinical context thinks the same, but diabetic retinopathy is complicated. People have comorbidities. It’s a bilateral disease. And yet, as a complication of diabetes, it is often modelled as just one of numerous problems. Many of the models used in the past are based on overly simplified models of disease progression and there is a lot of inconsistency in modelling progression in relation to disease state or visual acuity.

About half way through my PhD I decided I wanted to do some work that would be practically useful for future researchers working in the context of diabetic retinopathy. The thing that I was most readily able to address was the relatively weak data on costs and health outcomes, on which the models rely. I had access to some excellent data from the trial and the hospital system. So I wrote a chapter on the cost of screening, one on the costs of treatment, and two on health state utility values including a meta-analysis.

What are the biggest challenges for implementing risk calculations within decision analytic models?

I thought I was going to have it easy. The risk calculation engine used in our study was based on a Markov model. So I could just build that into my own state-transition model. Not so.

There’s some complicated maths that goes into the risk engine that I was using. That won’t always be the case, but it is likely that you will need to build your model in an environment that supports some sophisticated statistical analysis. Consider then that each transition or event in the model will probably need to depend on a fresh risk calculation, with individuals’ characteristics changing over time, because the value in risk calculation is in timely individualisation. For me, this resulted in the initial version of my model needing billions of simulations and hundreds of years of processing time. Not very practical.

Can you see this being implemented in any other contexts?

My prediction would be that by about 2050, all established national screening programmes will have started to transition to a risk-based programme. As I outlined for the context of diabetic retinopathy, there will be challenges.

Partly the pressure will be on the demand side. There will be a growing number of diseases that can be effectively treated or prevented with early intervention. But, mostly, the pressure will be on the supply side. We’ll have more data, more computing power, and more opportunities for automation and telehealth that make risk-based screening too good to ignore. Health economists will have some catching up to do.

Are there any equity concerns related to risk-based screening?

There are always equity concerns, but there are some particularly interesting ones when it comes to risk-based screening.

In my thesis, I argue that an individual’s risk of disease onset can be treated as an approximation of their need for screening. A person with a very low risk of screening positive has a very low need for screening. On this basis, it’s OK to deny them access to screening, in the way that men are not screened for breast cancer. A risk calculation engine should provide the most accurate means of differentiating risk levels.

But there are at least two ways in which a risk calculation engine might be seen to be discriminatory and therefore inequitable: explicitly or implicitly. It might discriminate explicitly if an input to the engine is (for example) ethnicity, and that people of certain ethnicities are identified as being at lower risk and therefore denied access to screening. Alternatively, such an outcome may arise indirectly, with an implicit discrimination through the correlation of biomarkers and sociodemographic characteristics (for example).

I argue in my thesis that we needn’t worry about this, but the arguments still need to be considered and set out more fully.

What three key points would you like the reader of your thesis to take with them?

In the unlikely event that such a person exists…