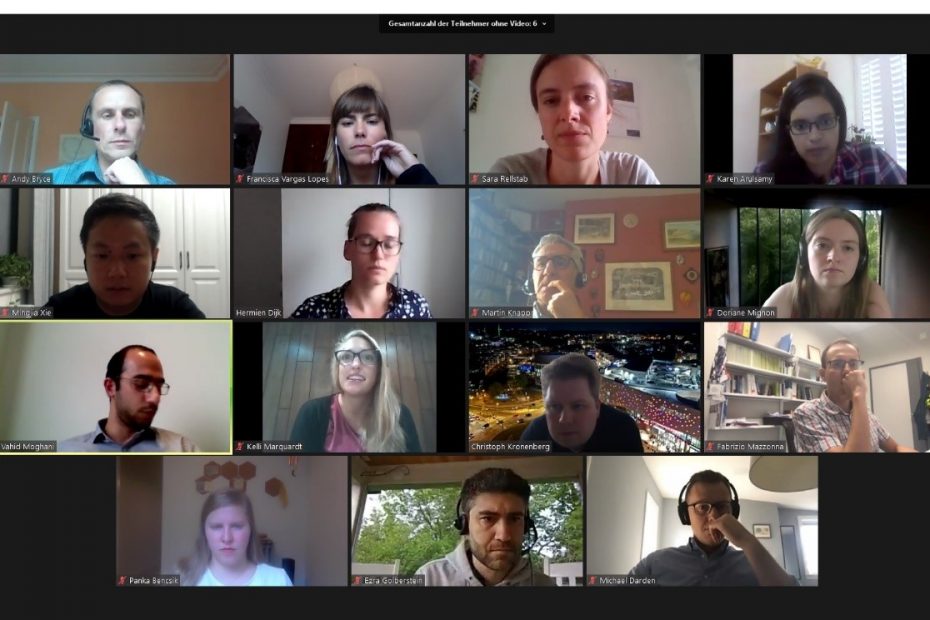 The 2020 version of the Essen Economics of Mental Health Workshop took place on the 3rd and 4th of August. Although already in its third year, 2020 was the first year in which the workshop was moved from Essen to the cyberspace.

The workshop, again, addressed topics of mental health over the course of people’s lives. As an event of the CINCH (Health Economics Research Center), the RWI (Leibniz Institute for Economic Research), and the LSCR (Leibniz Science Campus Ruhr), the workshop was organised by Christoph Kronenberg and Ansgar Wübker. The Royal Statistical Society, the Royal Economic Society, and the Förderverein of the University of Duisburg-Essen provided kind support that made this workshop possible.

The overall appearance of the workshop was quite standard – apart from the virtual format – with 21 participants presenting and discussing 12 papers and 2 keynotes framing the whole workshop. Still, there are two particularities that made the workshop stand out. First and foremost, the presentations were not given by one of the authors of the respective paper themselves but by a discussant. Therefore, each slot was organised in the following way: (i) a discussant presents and discusses the paper, (ii) if necessary, the author can clarify or emphasise some specific points of the paper, (iii) the discussion is open for the plenum. Second, there was a panel discussion at the end of the first day.

The 12 papers covered topics of different channels inducing mental health effects in general or especially in children, students, or those in retirement. Andrew Bryce, for example, was one of six presenters of the first day and introduced Hermien Dijk and co-authors’ work titled Do mental health problems cause problematic debt? Vahid Moghani presented Doriane Mignon‘s paper Investigating the effect of students’ psychological fragilities on control beliefs at the start of the second day.

The keynote presentations were provided by Martin Knapp from the London School of Economics and Political Science and Ezra Golberstein from the University of Minnesota.

Martin Knapp started the workshop on Monday, presenting four examples of topics in mental health research in economics, which were maternal mental illness, bullying, mid-life risks for dementia, and COVID-19. He presented new and ongoing work in these fields of research. At the end of his talk, he named challenges of implementation of research in these fields, e.g. delayed or transmitted pay-offs. Ezra Golberstein’s keynote on mental health and human capital, especially of children, adolescents, and young adults, concluded the workshop. The focus of his talk was twofold. He started with his own journey of working on these topics, giving an overview of published and ongoing work and finished with pointing to existing gaps in the literature.

An exciting alternative to the rest of the workshop was the panel discussion that completed the first day. Bruce Hollingsworth, editor of Health Economics and Michael Darden, co-editor of the Journal of Human Resources discussed publishing mental health economic work in peer-reviewed journals. Christoph Kronenberg moderated and stimulated the debate.

Fruitful discussions of the participants sitting at places all around the world made the 2020 Essen Economics of Mental Health Workshop a truly global experience of topics in mental health. Everyone got new and stimulating input on the economics of mental health in general, the publishing process and – above all – new research in this field.