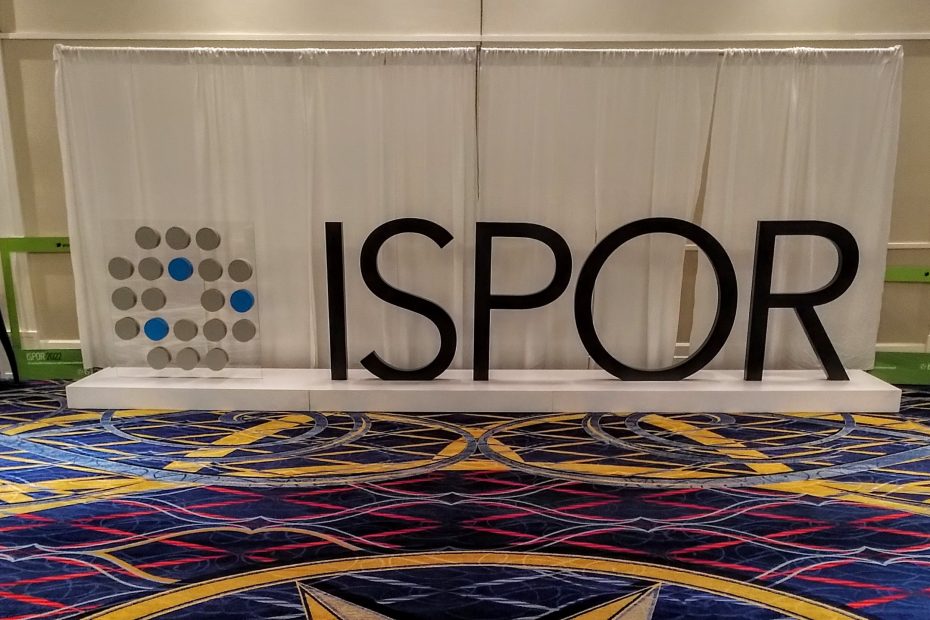 There’s a popular theory in the punk rock community, that the best music is made in the worst times. Could the same apply to the work of the health economics and outcomes research (HEOR) community? ISPOR is by no means a radical organisation. But this meeting, more than any ISPOR meeting I’ve attended before, tried to tackle some genuinely difficult problems, and there was a clear willingness to think outside the box.

My take on the meeting depends on my choice of sessions; others may have been playing the same old tunes. Nevertheless, here is what I found interesting about ISPOR 2022. For the benefit of people with meeting registration, I’ll link to the sessions where you may be able to watch recordings.

Race was a dominant theme. As far as I can tell, this is mostly new territory for ISPOR. Even where matters of identity weren’t a core part of a session, speakers were keen to raise them. Health care is systemically geared toward benefiting white men, above all else, and modern approaches to data collection and analysis won’t necessarily save us. This idea was raised repeatedly in the plenaries and panel sessions.

Numerous sessions that I attended focused on equity and equality. The second plenary asked ‘can big data analytics deliver on the promises of personalized medicine for all?‘ The content was dedicated to the last two words of that question (“for all”), and all the better for it. Charles Manski warned against the tendency to avoid including race and other personal characteristics in data analyses. I hadn’t realised that this was a problem. Apparently, some organisations in the US exclude race from data collection on the misguided notion that this somehow enables us to achieve fairness when, in reality, it does the opposite. On reflection, this aligns with the feedback I sometimes received when presenting my PhD chapter on the ethics of using risk prediction to inform cost-effectiveness analysis; people would suggest I exclude ‘sensitive’ variables. George Mensah closed the plenary by drilling us with his 5 take-aways, which were nicely summarised on Twitter.

Another excellent session explored social determinants of health and real-world analysis. This Spotlight session, and the subsequent Discussion Group (a new format for ISPOR), reinforced a few ideas in my mind. First, the US spends a lot of time, effort, and money creating systems and initiatives to address health disparities. Second, there is little evidence of success. Third, this is not interesting. And, finally, when the US and the UK talk about inequality in health care – and especially health economics research on these topics – we are talking about quite different things. For the US, it’s mostly about disparities in access to care and acute social problems giving rise to health problems. As discussed by Rachel Harrington, one way in which this is being addressed is using ‘z-codes’ within their DRG system, which include things like ‘problems related to upbringing’ and ‘problems related to social environment’. For the UK, we’re increasingly interested in distributional cost-effectiveness analysis, as presented by James Love-Koh, and the idea that we might be able to elicit and use society’s inequality aversion in resource allocation decisions. In the UK, we’re seemingly less interested in matters of race and identity, and more cognizant of social deprivation.

A related theme was patient and stakeholder engagement. The final session that I attended was provocatively titled ‘Engage for What?‘ and took a sweeping look at stakeholder engagement in research and HTA which was both critical and constructive. What is obvious is the need for a clear and consistent framework that enables researchers and policymakers to involve patients and other stakeholders in their processes. Thomas Concannon did a good job of setting this out for research, while Jennifer Bright described processes within the context of decision modelling. Adoption of better methods for stakeholder engagement requires equal amounts of ambition and realism. We might not be able to achieve full-on coproduction, but there is no excuse for avoiding it or making the tired argument that ”it doesn’t work” or “it’s a waste of time”. You’re just not doing it right! I missed the session reporting on the HTAi-ISPOR joint task force on deliberative processes, which I expect would have some overlap in content.

Digital health was a big part of the meeting, geared towards (somewhat radical) overhauls of HTA and reimbursement processes. It all kicked off with the first plenary session, which was inexplicably titled ‘HTA on the run‘. Perhaps something was lost in translation (from American?) because the session was not about HTA trying to escape justice, but rather focused on simply doing things more quickly. This is inspired as much by the accelerated adoption of vaccines during the pandemic as by the need to evaluate an incoming tidal wave of digital therapeutics and relies heavily on the acceptance of real-world evidence. It was an excellent opening plenary, but I struggled to gain much from it as my late arrival left me sitting on the floor at the back of the room.

An issue panel discussed the evidence requirements for the reimbursement of digital therapeutics. The speakers outlined some of the infrastructure surrounding digital therapeutics and the discussion raised some interesting points, such as ‘who should be reimbursed?’ and ‘is pharmacy the most appropriate pathway?’ (the latter idea is seemingly an American quirk). Jen Goldsack was my highlight, as she spoke about initiatives and progress around the world (and is probably the only Olympian I have seen speak at ISPOR). Serendipitously, one of Jen’s slides mentioned Sleepio, which has since become the first digital therapeutic to be recommended by NICE (supported by our research showing that it reduces primary care costs).

On the data and methods side of things, one highlight was a Workshop presenting the findings from ISPOR’s Machine Learning Task Force. Despite having lost one panellist, the speakers did an excellent job of painting a clear picture of the immediate future of machine learning in HEOR. The main take-home message? Don’t try this at home. That is, we still need to work with experts. Inevitably, the Task Force will provide us with a checklist (this one will be called PALISADE) that will help us to assess the appropriateness and transparency of machine learning. This session was incredibly well attended, which made it a difficult one for my Forum to immediately follow in the same room, and in competition with lunch.

The ‘work’ ended with an OHE seminar at The Watergate on Wednesday evening, celebrating our 60th anniversary. I kept a packed schedule, and there were some other sessions that I enjoyed. If I can find the time, I hope to see some more on the catch-up.

The greatest joy of the conference was, of course, that it happened. In real life! It was fantastic to be able to catch up with old friends and acquaintances and make new ones. There were some signals that people had forgotten how to function away from their computer screens. In most of the sessions I attended, the audience was not forthcoming with discussion points. And, in one well-attended session, half the audience stood up to leave at the start of the discussion and started muttering, forcing the moderator (who presumably had no experience in crowd control) to close the session early. For my part, I found my patience tested at times, mostly in listening to people trying to rationalise American problems that needn’t exist in their degenerate health care system. I’ll work on my tolerance levels if it can save us from a return to virtual conferences.