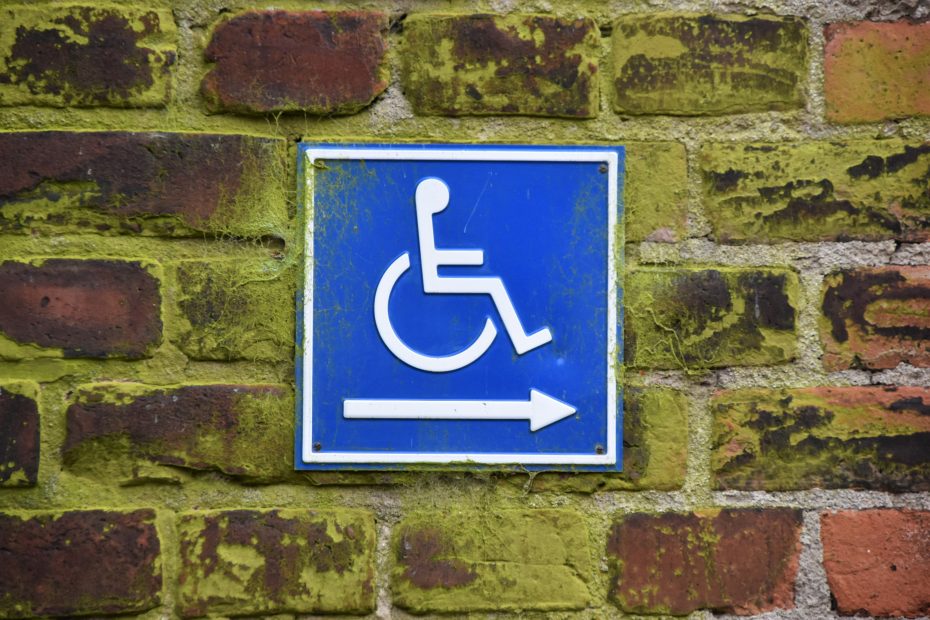 The EQ Valuation Technology (EQ-VT) protocol has been widely used in the valuation of EuroQol instruments, including in over 25 national EQ-5D-5L value sets and, in an adapted form, the valuation of EQ-5D-Y-3L. Adapted versions of it are also currently being used for the valuation of EQ Health and Wellbeing (EQ-HWB). The depth of experience with using EQ-VT means that it represents a mature technology.

However, as with any scientific endeavour, there is scope to strengthen existing approaches. The EuroQol Group is open to ideas about improving methods and is committed to transparency about the pros and cons of its valuation approaches.

In this blog post, we set out the case for dropping one aspect of the EQ-VT: the ‘wheelchair example’. The catalyst to this post was a detailed discussion of EQ-VT with members of the UK National Institute for Health and Care Excellence (NICE) Public Involvement Programme in January 2022. Members were individually interviewed using the EQ-VT, followed by an individual debrief interview, group debrief, and finally a focus group discussion about valuation, as part of ongoing work on the EQ-HWB.

What is the ‘wheelchair example’?

The ‘wheelchair example’ is a warm-up task, used at the start of EQ-VT interviews with respondents. Its role is to introduce the time trade-off (TTO) tasks to be used in the interviews to elicit the stated preferences of respondents about health states described by a given instrument. In order to focus on the explanation of how TTO works, the initial state provided as an illustrative example is ‘in a wheelchair’, which is introduced as “you have problems with mobility which mean that you require a wheelchair”, rather than a state described by the generic descriptive system. The rationale for the choice of ‘in a wheelchair’ in this warm-up task is that it can be readily imagined by everyone. To our knowledge, the wheelchair example and how it is perceived by respondents has never been systematically evaluated. The wheelchair example has been included as part of EQ-VT from early in the methodological work which underpins its development and its use in Version 1 of the protocol.

The time spent by interviewers on the practice wheelchair example is an indicator of interviewer quality included in the quality control (QC) process.

What is the problem with using the wheelchair example?

There are at least three reasons why using the wheelchair example is problematic.

It does not describe a health state.

Wheelchair users often identify as disabled, which may or may not be caused by or accompanied by health problems. Being in a wheelchair is not a health state. Moreover, the focus on describing the state with respect to their use of a wheelchair throws the focus onto the role of the wheelchair as a means of supporting and adapting to their physical impairment. This is not helpful as an example, as it directly contradicts what we ask people to do in the valuation tasks following the warm-up i.e., to consider a health state, ignoring any interventions which might be used to modify that state.

Ableism is defined as discrimination and social prejudice against disabled people or people who are perceived to be disabled. Ableism characterises people as defined by their disabilities and inferior to the non-disabled (Linton, 1998). In the discussions which our research team undertook with members of the NICE Public Involvement Programme, and in the EQ-VT interviews which were undertaken with them individually beforehand, concerns about the wheelchair example were expressed in strong terms.

In the group discussion on 25th January 2022, one participant stated:

“I’m one of the people that found the initial example not good. I feel whichever condition you choose, but certainly being in a wheelchair is right up there, it feels like you’re making the assumption that people in wheelchairs feel that’s a bad thing which they don’t necessarily, and I just think you have to be very careful with things like that because we shouldn’t make assumptions.”

Other participants agreed with this view, with a second participant commenting:

“I agree wholeheartedly [with participant] around using the wheelchair perspective because I’m also a wheelchair user and I don’t necessarily find that as a restrictive thing on the quality or nature of my life.”

These views were echoed in the focus group discussions on 27th January 2022, with the first participant recapitulating the point:

“You chose mobility yourselves for your example for that first trade-off… life in a wheelchair or life as a healthy person and I think that does reflect an idea about losing mobility or being in a wheelchair as some terrible thing. I think there is a society view like that which I think a large section of the disabled community would disagree with it.”

“I think it’s quite ableist actually. I don’t think it gives a positive message about disability… Obviously, you’d have to be mentally ill to say I’d prefer to live 10 years in a wheelchair than 10 years of good health, but I don’t really want to start saying I’d trade in three years, because what I am saying about people who live in wheelchairs? I’m saying things that I don’t want to say.”

The use of the wheelchair example reflects researchers’ judgement about people in wheelchairs having a lower quality of life than those not in wheelchairs and implicitly propagates this message to respondents. Even if this is a widely held view in society, it is offensive to those with disabilities, who represent an important part of the societies whose preferences and views we seek to take into account in such studies. It is also viewed as ableist by those who are aware of or work in disability issues. Thus, its use as the warm-up example may reflect poorly on the researchers who use it and the otherwise respected organisations that recommend its use. Given the challenging nature of the TTO tasks, which include the request to imagine living in very poor health states and reflect upon death, it is important that all participants are treated with care and compassion.

It may not be fit for purpose in other ways

There may be further issues related to the wheelchair example which impact its practical usefulness as a warm-up task. For example, Shabasy et al (2022), reporting on the use of EQ-VT in Egypt, noted that

“In Egypt and many other developing countries, independent living in a wheelchair is challenging due to unequipped public transportation and lack of wheelchair-friendly infrastructure like ramps and elevators in most buildings, which may have prompted most participants to decide that living in a wheelchair was a fate worse than death… Thus, the use of the ‘wheelchair example’ as the initial cTTO example was not acceptable for most of the participants.”

For these reasons, the researchers replaced the wheelchair example with ‘migraine’.

Is there an alternative?

As Shabasy et al (2022) have shown, there are other states or short one-sentence vignettes which could be used to replace the wheelchair example. These avoid the issues noted above, while providing examples of states which respondents can just as readily imagine. For example, it would be possible to simply ask respondents to imagine that they have some degree of pain (which is something all people have experienced and is universally regarded as being associated with a decrease in health-related quality of life). Not mentioning a specific condition or disability removes the possibility of the example being seen by respondents as marginalising or promoting a particular negative value judgment relating to that condition, which may not resonate with all respondents. It reduces the possibility that preconceptions about the named example influence subsequent valuations.

There are likely to be issues with any example that is used, but these are mainly issues of how specific the description is and how that affects how different people imagine and conceptualise the state. This is of less importance, given the purpose of the warm-up task is simply to introduce people to TTO and the tasks for states better than dead and worse than dead. One potential issue that may require exploration is whether the choice of state in the warm-up task exerts a framing effect on subsequent tasks (e.g., whether a focus on mobility or pain affects the valuation of states containing those problems). This could readily be addressed as a methodological add-on in future studies, and, if true, may already be a problem that exists with the wheelchair example (i.e., by focusing respondents on mobility issues).

The wheelchair example is a long-standing feature of EQ-VT valuation studies, and researchers using it (including us) have such familiarity with its use that we are guilty of having stopped questioning its inclusion. However, the feedback we have received from the NICE Public Involvement Programme Panel members raises issues, which we believe should prompt serious reflection. There is an opportunity to explore alternatives to the ‘wheelchair example’, which provide just as good a basis for these warm-up tasks. The data from the wheelchair example do not form part of the valuation results reported from studies. This means that the loss of comparability from shifting from ‘in a wheelchair’ to a different example state in future valuation research should be of minimal consequence, though this requires testing. We have recommended that the EuroQol Group consider this issue, and identify the steps needed to explore it, as soon as possible.

Excellent blog post. I wholly buy the argument. Is there any evidence that a warm-up task is actually necessary? What if there was no warm-up? What if the warm-up was just a regular TTO question followed by an explanation of what their response implies?

Thanks Chris. Personally, I not aware of much research systematically examining the influence of warm-up tasks, but understand they are predicated on the evidence that people ‘learn’ throughout a TTO argument (as cited in https://link.springer.com/article/10.1007/s10198-013-0508-x). My co-authors may have more to add, but I think your questions are good ones and could meaningfully inform some empirical research on this issue.