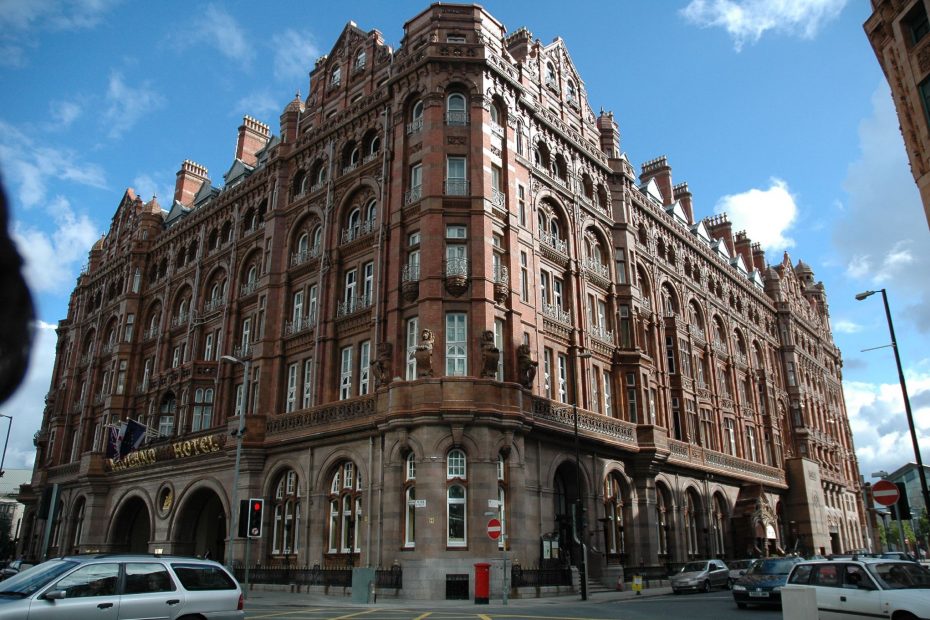 I was sad to miss the 100th HESG, and so all the more glad to be in Manchester last week for the indisputable highlight of the academic calendar. It was my second time at an HESG in what I like to pretend is my hometown (the first in 2016, before I ever had the idea of a ‘meeting round-up‘).

The paper that I submitted was inexplicably accepted for discussion. Titled ‘do we need animal health economics?‘ and clearly void of any data or serious research, only HESG would ever give it a platform. It paid off, as the discussion that ensued was surely a highlight of the meeting. I would say that, of course. But Ashleigh Kernohan‘s discussion, and the comments from the audience, provided us with a ton of practical points to consider about the nature of animal health care, insurance markets, categories of animals we hadn’t considered, and OneHealth, most of which we’ll incorporate into our paper ahead of publication. And it was good fun!

A similar highlight for me was the discussion of James Love-Koh and Koonal Shah‘s paper about how NICE considers a societal perspective in evaluating technologies. My colleague Gayathri Kumar discussed the paper, setting out the difficulty of this challenge, which is by no means new. The authors are from NICE, and there are few things that health economists enjoy more than telling NICE what they’re doing right and wrong. The session chair, Aki Tsuchiya, made sure that the people got what they wanted, gagging the authors (metaphorically, of course) and making for an entertaining session.

For much of the conference, I followed my colleagues around. Not out of loyalty, but because they were talking about some of the most exciting research. My colleague Nadine Henderson discussed John O’Dwyer‘s paper on developing an adapted version of the EQ-5D for people with learning disabilities. John and I first chatted about his idea many (6?) years ago, so seeing the simplified pictorial versions of the EQ-5D domains and VAS was fantastic. Even more interesting to me are the ways in which the findings from John’s work overlap with those from my own work (as yet unpublished) on the development of EQ-5D bolt-ons for cognition, vision, and hearing. There are generalisable problems with the EQ-5D in the context of disabilities, but that’ll need another blog post.

I also attended the discussion of my colleague Sian Besley‘s paper on the ‘distance elasticity’ of A&E demand. The paper arose from Sian’s Masters, and she found that patients are less likely to attend A&E if they live further away and tend to delay accessing care, effectively trading off health gains. HESG is the perfect place for recent graduates to bring adapted versions of their MSc dissertations, and I wonder whether we might explicitly encourage it somehow.

There were plenty of other excellent papers and discussions; I can’t mention them all. Beth Woods‘s paper was one of my favourites. It’s an ambitious and innovative piece of research, attempting to estimate the optimal distribution of the value arising from pharmaceutical innovation; how much should go to the pharmaceutical industry and how much to the public purse? The authors propose a fixed percentage that should be allocated to the innovators to achieve dynamic efficiency, and they explore how this would translate into pricing policies. I enjoyed reading the paper and being able to join the discussion at HESG, not least because I disagree with the authors’ framing of the policy implications (which involves a gross misuse of cost-effectiveness thresholds). Research that we can disagree about is undoubtedly the best kind of research (especially where HESG is concerned).

I missed one discussion that I had hoped to attend. It was in the graveyard slot. It’s not usually a problem for me, but after ~15 HESGs, I can no longer cope with the standard 3 a.m. finish and 9 a.m. start. Lesson learned. If you’re in your mid-30s and can still manage it, kudos to you. Of course, the extra-curricular activity is part of the fun at HESG, and the Manchester crew made sure we were looked after, even if it was – seemingly – on the cheap.

We stayed at the hotel for both dinners (to save us from the rain, said the organisers), and the only formally organised fun was a trip to a low-key bar with games. Despite (or perhaps because of) being in a reasonably fancy hotel, the conference was generally without frills, and I liked that. Though there were some nice touches, such as each delegate being able to choose one of 3 charity donations being made on their behalf (and getting a free mug in the process).

The meeting also included what I thought was an excellent innovation: lightning talks. There were 8 of them. 5-minute presentations delivered alongside the first drinks reception. The winner was Abraham, and there was a joint second place for Hannah Schirrmacher (sadly now my ex-colleague) and Chiara Costi. I’d like to see this format used again in the future. It was framed as an alternative to posters, but it makes for an excellent alternative to a plenary. The Manchester organisers, unfortunately, lost their plenary speaker at short notice, so we went without. I don’t know who or what the plenary would have involved, but I didn’t miss it. Plenaries can be interesting, but I’d rather hear from 8 ECRs (and all the better if I have a beer in my hand).

Well done to the Mancunians for putting on another great show. As with the previous meeting in Manchester, it was a record attendance, and yet still a classic HESG. The constant rain and Hayley Cropper spotting made it classic Manchester too.

Great roundup Scamps – almost makes me want to brush off my health economics notes! HESG will be one of the biggest things I miss whilst I have my mid-career jolly!

Thanks! You should have the wolves discuss your latest route plan. They can help you to identify any howling errors. A wild horse can chair.